The potential of Renewable Energy 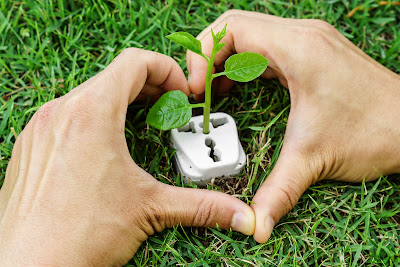 Renewable Energy Sources and technologies have potential to provide solution to the long standing energy problem faced by Developing countries. As INDIA is also a developing country so the problem of energy crisis is also a major challenge for India. The renewable energy is only the option to meet this requirement.

On an approx. India will require an assured supply of 3-4 times more energy than the total energy consumed today. Sources of renewable energy are Solar and wind Energy, Geothermal energy, Ocean Energy, biomass Energy and Fuel cell technology can be used to overcome the energy shortage problem in India.

Today india Constitute about 33% of India’s primary energy consumption. As government is also focused on the renewable energy sector, so this will be the positive step to ensure a more sustainable future. Moreover India is projected to be the second largest contributor to increase in global energy demand to 2035(IEA,2010). It is an estimation that in upcoming 25years Indian’s electricity demand is expected to grow at an average rate of 7.4%(world bank,2010).

In this reference, Renewable Energy represents a win-win opportunity for a country like India. It is true as per the report of World Bank 2010 every 1GW of renewable energy reduces emission of Co2 on an average of 3.3 million ton in an year.

In India the renewable energy sector is administered by Ministry of New and Renewable Energy (MNRE) (Former ministry of non-conventional energy source). Although its true that the formulation of Renewable energy development was started in early 1990. However the first act comes in 2003 under the name of Electricity Act 2003.(EA)

The EA 2003 mandated the State Electricity Regulation Commission (SERC’s) to develop REP (Renewable Energy Power) in their respective states. EA 2003, comes into focus because it includes fixation of minimum quotas for the sourcing the REP known as Renewable energy Obligation (RPO’s). The RPO’s obligates each distribution licensee to includes REP as a certain percentage in its resource Portfolio.

To make this easier in the complying RPO’s Procedure, MNRE introduced REC (Renewable Energy Certificates) that indicates the percentage allotted. Also to help REP generating company the minimum price is fixed below which REP can’t be purchased it is called Feed-In- Tariffs (FIT’s).
RPO’s has been implemented at different times and vary between states between sources of renewable energy. This is the reason the comparison is difficult.

This type of Regulation should on the one hand give a positive signal to investor to develop energy capacity on the other hand stimulate demand for REP in order to comply with state legislation.
Hence it is clearly visible that FIT and RPO’ have a positive impact on the development of REP. At the end it is well known that importance is given in National policy to create and enable environment for the Renewable Energy Development, but emphasis is shifted from Center to the state for the development of policy and regulatory support.