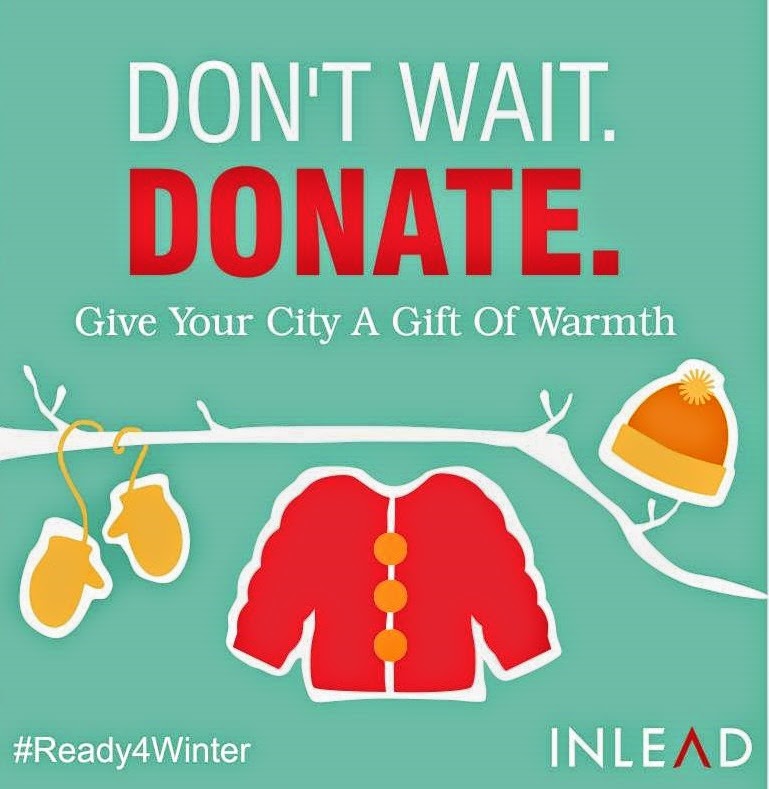 Every winter our underprivileged friends take shelter under flyovers, on footpaths, underpass, bus stops & train stations. They face harsh winters on the streets without even basic clothing.
But we can help!

As you unpack your winter grab, spare a thought, and a garment, for those who are not as fortunate. You can deposit the same at INLEAD campus on or before Friday, 5th December 2014.


You are welcome to join us in distributing the same on 11th December 2014.


Share the message of #Ready4Winter and spread the warmth.


Ping us for any further queries / details.
Posted by Unknown at 10:51 AM No comments:

HUM HAIN Umeed-e-Kashmir attempts to work alongside several NGOs, Government Bodies, celebrities and civilians to give the cause a unified voice. The concert included a list of celebrity performers that appeal and urge viewers to donate to key NGOs and specified Disaster Relief Funds in support of the Kashmir relief project.

The campaign’s highlight was the creation of simultaneous live events on ground across New Delhi, Mumbai, Chennai, Bangalore, Hyderabad, Kolkata and Jaipur on 18th October with the main event being held at the Indira Gandhi Stadium in New Delhi. INLEAD Event Management and Public Relations students were responsible for Event Operations and crowd management at the IGI stadium.