Crisp personality, clear vision, exceptional orator and enthusiastic nature, this is Narendra Modi, the 14th Prime Minister of the largest democracy on this planet, India, best described for you. And, 26th May, 2014 was the historic day that this charismatic leader took oath as the first Indian Prime Minister born after Independence, in a first of a kind oath taking ceremony attended by who’s who of Politics, Bollywood, Sports and the Indian Corporate Industry.

Winning a total of 282 seats, the Bharatiya Janata Party (BJP) and Narendra Modi proved that their win wasn’t just a fluke or anti-incumbency vote against the Congress.  So, what changed for BJP from the 2009 general elections to the one held in 2014? The answer is, Narendra Modi.

Here are the top 5 management lessons that one can learn from the “ultimate manager” as he is jokingly called by his opposition.

1) Clarity of thoughts- This is the first and the foremost quality that a manager should possess. Until and unless you’re clear about why you’re in the race, you can’t win it. This is where Narendra Modi scored against his contemporaries.  From the very beginning, NaMo was very clear that his aim was to fix his place at 7, Race Course Road and this is what he confidently projected to others. Seeing his confidence in himself, gave the public the confidence that NaMo has it what it takes to run a country like India and they gave him a whole hearted mandate.

2) Set smaller targets in order to achieve that big target- Mr. Modi’s journey to the top job was an amalgamation of small strategic steps taken one at a time. He very carefully set small, small targets for himself and achieved them at his own self-defined pace.  He started with Gujarat and then slowly, slowly penetrated to the heart of the nation (remember the famous 2013 SRCC speech?).  Hence, in order to achieve that one big target in mind, you need to first set several smaller targets and achieve them one by one.


3) Find the right team- "A single arrow is easily broken, but not ten in a bundle."  Mr. Modi understood this well. He knew that in order to reach the top, he will have to make his foundation strong.  Starting from Amit Shah to BS Yeddyurappa, he made sure that the people whom he trusted and believed in were in and the people (Sanjay Joshi, Jaswant Singh) whom he didn’t were out.

4) Be the Change you want to see- With initiatives like Make in India, Swacch Bharat and Jan Dhan Yojana etc., Mr. Modi proved that he isn’t just words.  Being the Prime Minister of the country didn’t stop him from picking up a broom in his hands and cleaning the sides of a littered street. He showed the public and his contemporaries how it is done and also how cleaning your own country is not a matter of shame. One needs to give him credit for turning a thing like cleaning streets with a broom in your hand into a thing of social status. Another marvelous use of social media by the Social Media genius.


5) Know your weaknesses and never play to them – No human being is perfect and the person who understands this thing is the closest one can come to being perfect. Taking lesson from his 2013 India Today Conclave debacle where he lost his cool for a few seconds following questions regarding the 2002 Godhra Rights, Mr. Modi has made sure that he never repeats his this mistake ever gain. He knew that media being an essential tool to connect with the public, he can’t afford to neglect this medium completely. So, he turned to rallies, social media and conceptualized Mann ki Baat (a monthly All India Radio broadcast) to overcome his this weakness.

Posted by Unknown at 4:39 PM No comments:

One of the most eligible bachelors of Bollywood, Shahid Kapoor, broke millions of hearts yesterday as the ‘Vivah’ actor finally tied the knot with his real life Geet, city girl Mira Rajput, in an intimate yet grand affair at industrialists Shivinder Singh’s farmhouse in Delhi.  From the time Shahid’s wedding news broke out earlier this year, there were speculations all around regarding how, where and when were the impending nuptials going to take place and finally, at last, all these questions were answered yesterday. 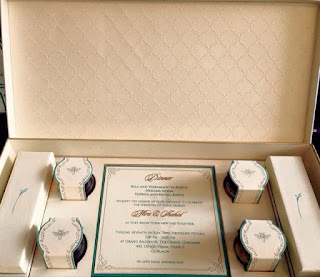 Planning a wedding is no easy-peasy task. Just like Rome wasn’t built in a day, similarly, a wedding cannot be planned in a single day. And, Shahid- Mira’s grand wedding was an example of just that. From getting designed the perfect Wedding cards by Delhi luxury invite designer Ravish Kapoor to arranging the lip-smacking Paans from Jaipur’s famous Annu Mobile Paan Bhandaar, this A-list Wedding, Wedding Planner (whose identity hasn’t been revealed yet) surely had his/her hands full.


A wedding is considered as one of the most important days in the lives of the two people who are gearing up to embark on the beautiful journey called marriage together. Making sure that the two souls get a perfect fairytale start to their fairytale is the Super Manager/ Planner called Wedding Planner. A Wedding Planner is like a director of the film called Wedding who makes sure that the actors (bride and groom) and the producers (read parents) don’t even get a single frown on their foreheads on the D-day of the release (Wedding day).  One just needs to be there with their ideas for their dream wedding and these wonder brains will weave their magic and get everything in line for you and turn your dream into a reality. 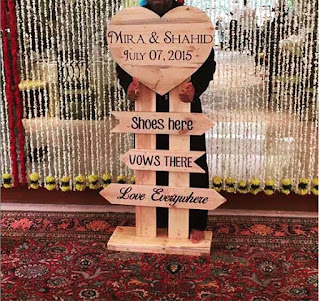 Wedding Planning as a field of profession has become a hot favorite nowadays. Though, the profession is slightly demanding, in terms of working hours and schedules, but the rewards towards the end just make up for everything.

So, if making people happy and touring the world for the perfect caterer or destination is something which excites you, then, Wedding Planning is the field for you. And, as for Shahid- Mira’s secret Wedding Planner we would just like to convey, that you lucky man/woman or whoever you are, you just lived the dream of every single Wedding Planner in India. Take a bow for arranging the most beautiful and the ‘The Wedding’ of 2015.

Posted by Unknown at 4:21 PM No comments: