We have compiled a few reasons as to why you should pursue International Business Management:

We list few reasons why you could be rejected in a job interview.
All the best!
Posted by Unknown at 4:09 PM No comments:

The Modi wave had cast a spell on India, sweeping the nation in awe of the management techniques undertaken by Modi that led to his success. Let us go through few of the management lessons one should learn from NaMo.

Narendra Modi, with his impeccable win in these elections has demonstrated skills that should be embodied in every working professional. His strategic moves have given the other parties a run for their money. Modi had hypnotized the nation with his flawless marketing strategy and created history by coming to power with a landslide victory. He struck the right cord with the right people at the right time, a time when the nation was ailing from the huge financial crisis. His election agendacan prove to be a very good case study for management professionals. It displayed numerous management skills that are worth sharing. Few of them are listed below-

Branding
He is neither the marketing guru nor is he well versed with the management models, yet he has managed to nail the basics of all management theories starting from creating  brand awareness to defining brand purpose to gathering brand response and to building brand advocates.NaMo has taken down the nation with his branding and the connect it had established with the citizens. More than being a BJP win it was being termed as a victory of theNaMo brand. He had an optimistic outlook all through the campaign, though it was perceived as arrogance and over confidence but he didn’t care about what others had to say he moved ahead the way he wanted to. He had a vision and he made sure it turned into a reality.

Marketing Strategy
He understood the consumer insights, their needs, their demands, their grievances, their anger and then formulated his campaign which was the highlight of his marketing strategy. Modi hired the best minds on board to formulate his campaign. Ad gurus Sam Balsara, Prasoon Joshi and Piyush Pandey helmed the mind boggling Modi Campaign. Next in line were of course the slogans ‘Ab ki baar Modi Sarkar’ and ‘Acche Din Aane waale Hai’ that went on to become the chants of the nation. He brought together the perfect team who worked day in and day out to lay the foundation for his success. These coupled with the right mode of communications lead to his great win.

Timing
Modi began his campaign at a time when inflation was digging a hole in the common man’s pocket. The ad campaigns and the promotional activities like Chai Pe Charcha and 3D hologram speeches undertaken by Modi helped him connect to a huge segment of the audience. By the time of the elections, Modi had met about 230 million voters which accounted to about 30% of the total voter population. He repackaged himself in the perfect manner at the perfect time and then sold himself to the country which worked like a charm.

Leadership
While the others were struggling to come up with a name to represent their parties, Modi came out in the open and declared his candidature for the post of the PM of India. He never hesitated in speaking about his role and the measures he would take for the betterment of the nation. He interacted with the citizens of India assuring them a good leader for India. The way he stepped up and undertook the responsibility for his party should be a lesson for all the others who were just waiting to pick him apart. He learnt from the then ruling party’s mistakes and hit the audience with his new approach and fresh ideas when the iron was hot.

Social Media Management
Social Media is the biggest marketing tool these days. It is quick, interactive and has a vast reach, Modi identified the benefits and jumped into the ground with his strongest weapon. He interacted with the younger generations through these social media channels and cashed on the benefits in the forms of votes. Modi had planned out the election in a very systematic manner. He made it a point to reach out to each and every segment of the society especially the youth, the future of the nation.  Modi's social media campaigning was very strong which was revealed in the India Today Survey that stated that the internet had become saffron during the elections. Whether Twitter or Facebook, NaMo was trending on both the platforms. His communication strategy was the highlight of his victory in the General Elections 2014.

Source: www.htcampus.com
Posted by Unknown at 2:44 PM No comments:

Worlddidac  is the largest international exhibition for educational products and solutions in Asia Pacific region. 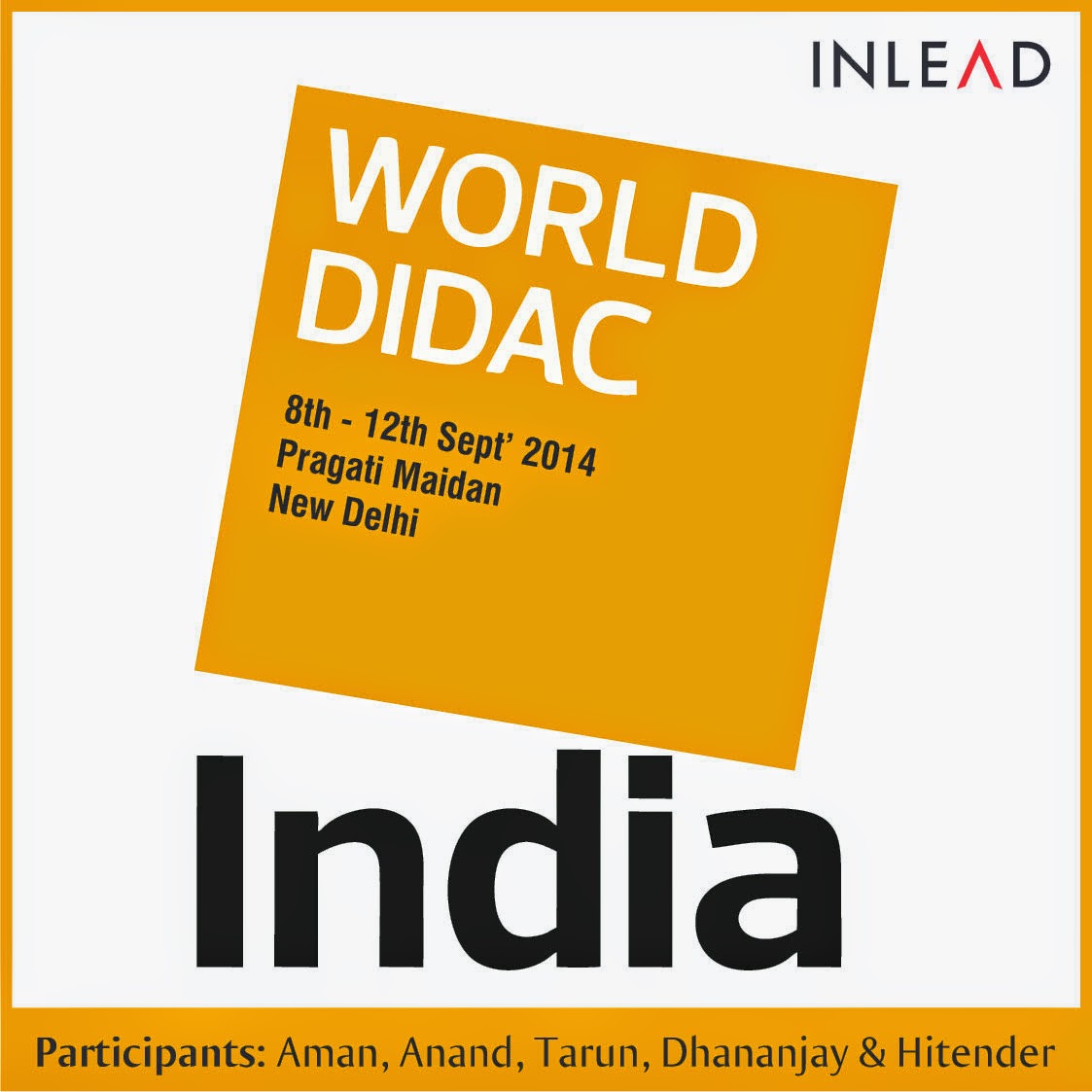 What is Worlddidac India?

The Asian Summit on Education & Skills 2014 was held concurrently with WDI from 10-12th September 2014. The summit is partnered by The Education World Forum, supported by the British Council and co-partnered by British Educational Suppliers Association (BESA), the organizers of Education World Forum (EWF). ASES shall bring together renowned leaders from India and other Asian & Developing countries, along with eminent representatives from across the globe to create an unparalleled platform for exchange of dialogues on education & skill policy and implementation practices.

Live Interactive Workshops (powered by India Didactics Association) will be held at the World Didac India Exhibition in New Delhi, with the objective of empowering teachers and trainers on various advancements in the education & training sector. 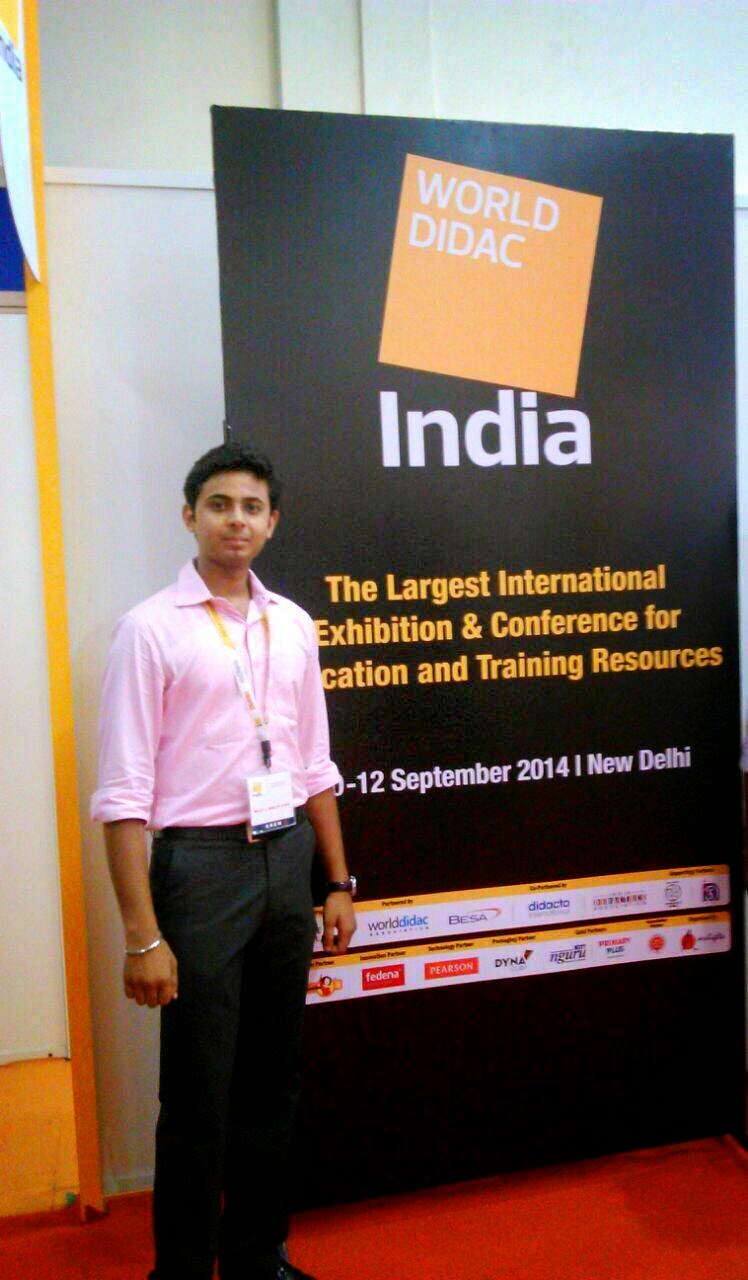 Students pursuing Event Management & Public Relations from INLEAD were responsible for the event operations and production.

The students had a great learning experience. 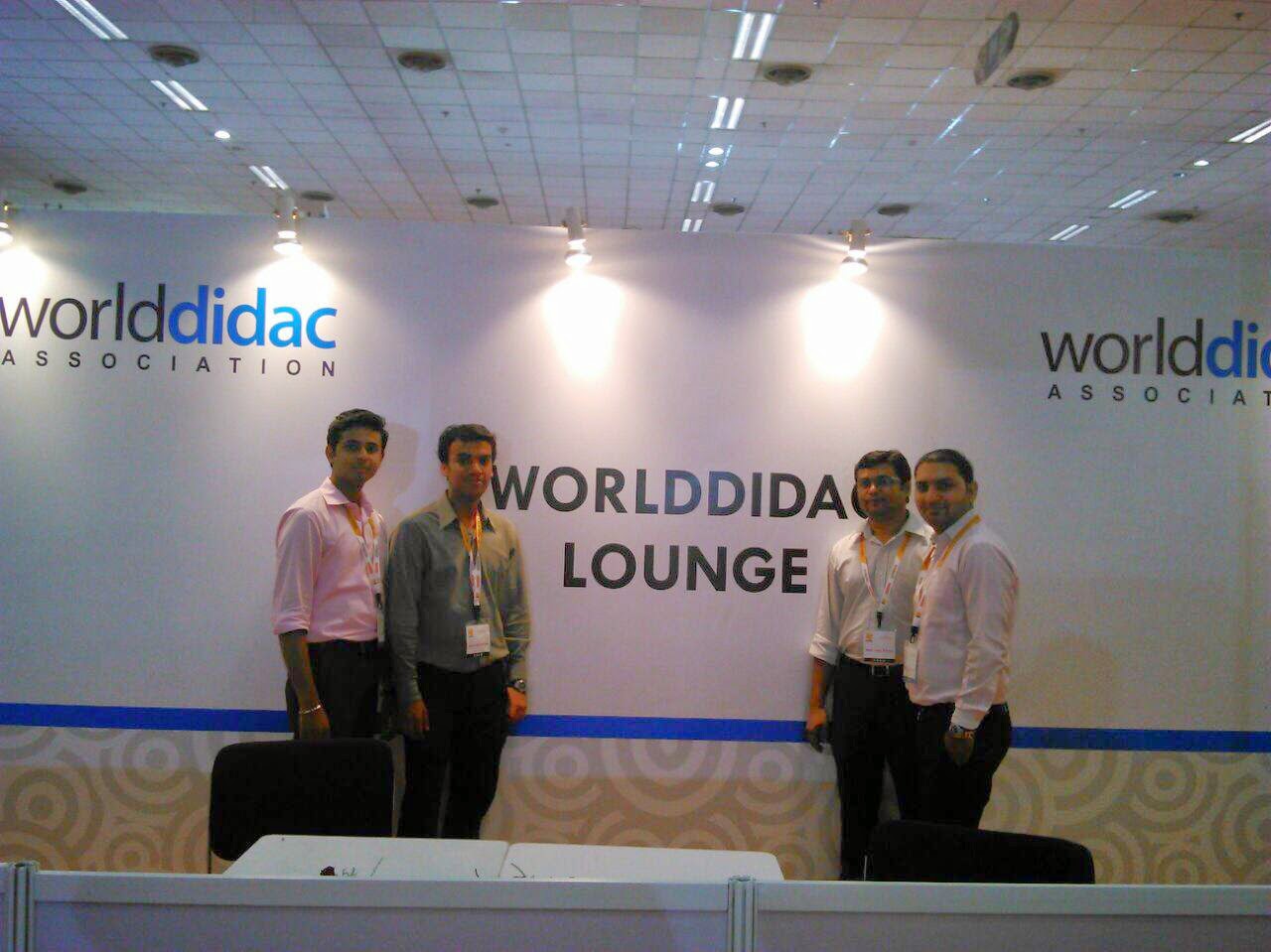 INLEADers Responsible for Event Operations at the National Achievers Conference 2014

Robert Kiyosaki (the author of Rich Dad Poor Dad) and Les Brown (voted one of the top five inspirational speakers of the century) shared the stage for a 2-day National Achievers Conference in Delhi. It was a life-changing event for entrepreneurs, business owners and individuals seeking financial success. 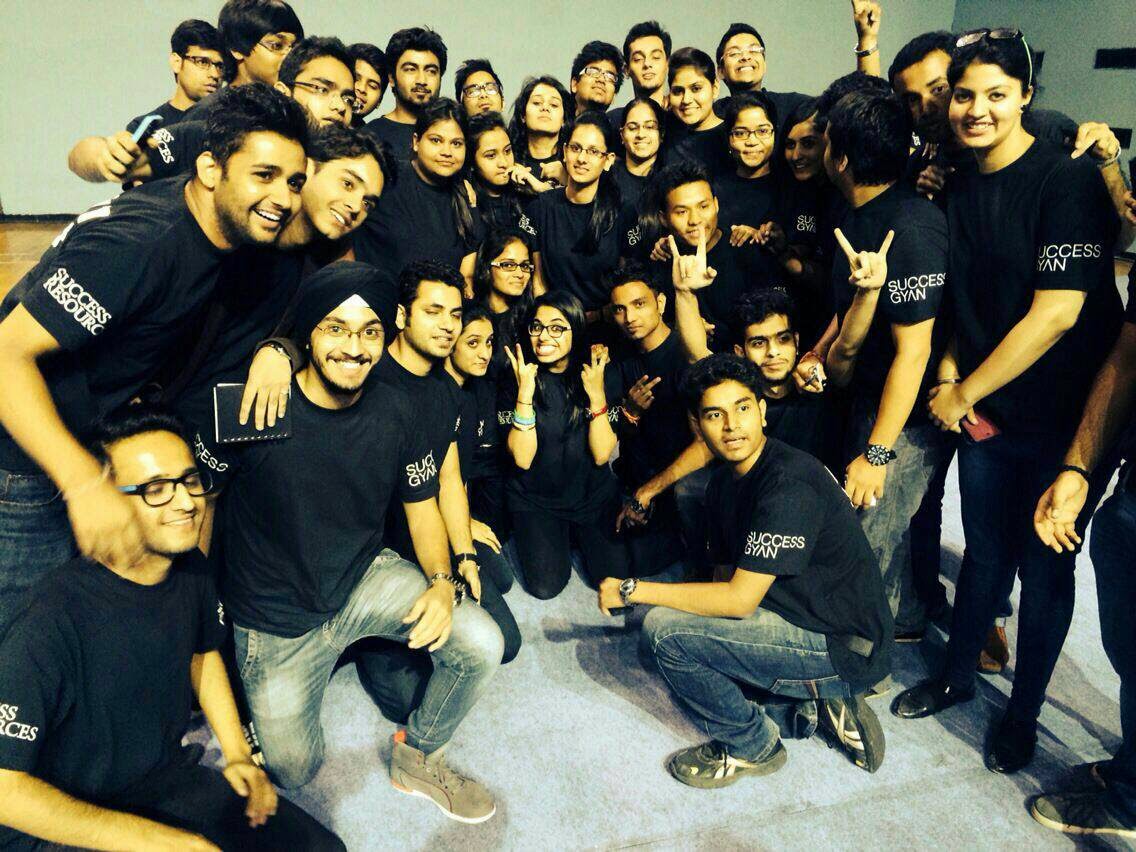 What is NATIONAL ACHIEVERS CONFERENCE? 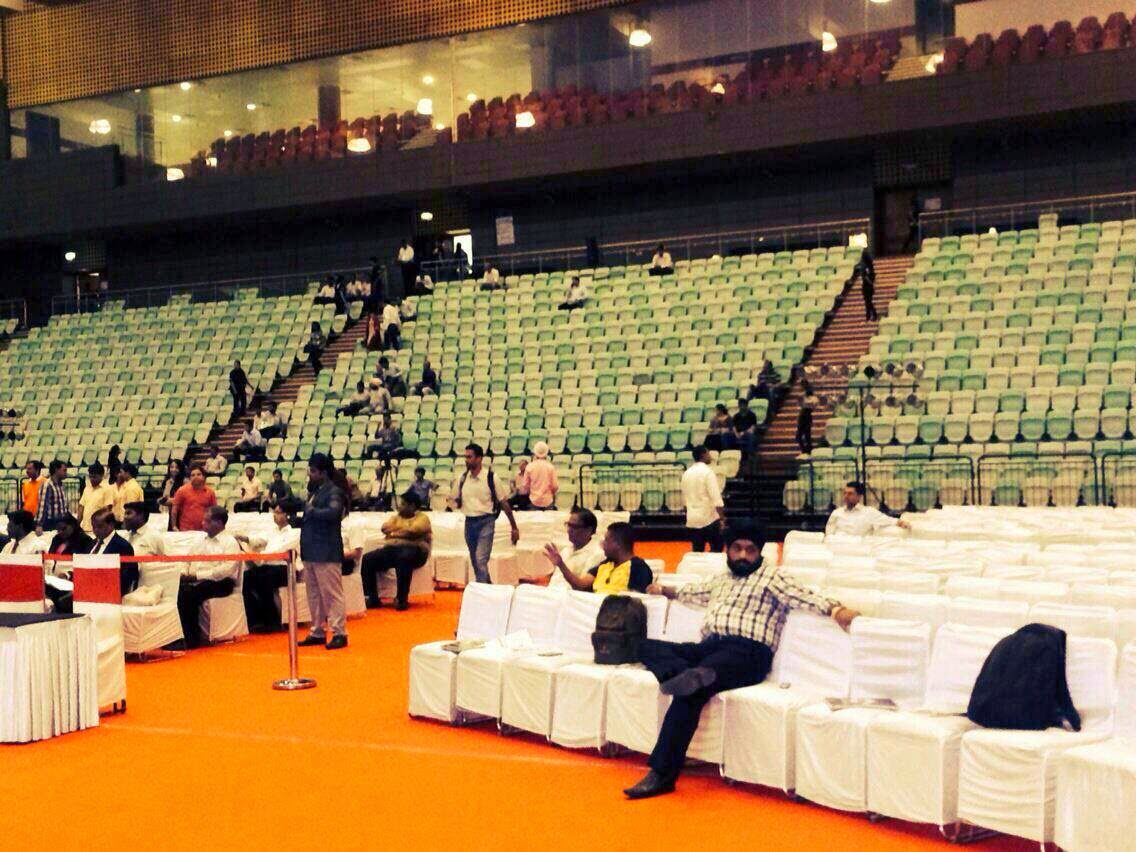 The conference was held in Delhi on the 13 and 14th of September’14. 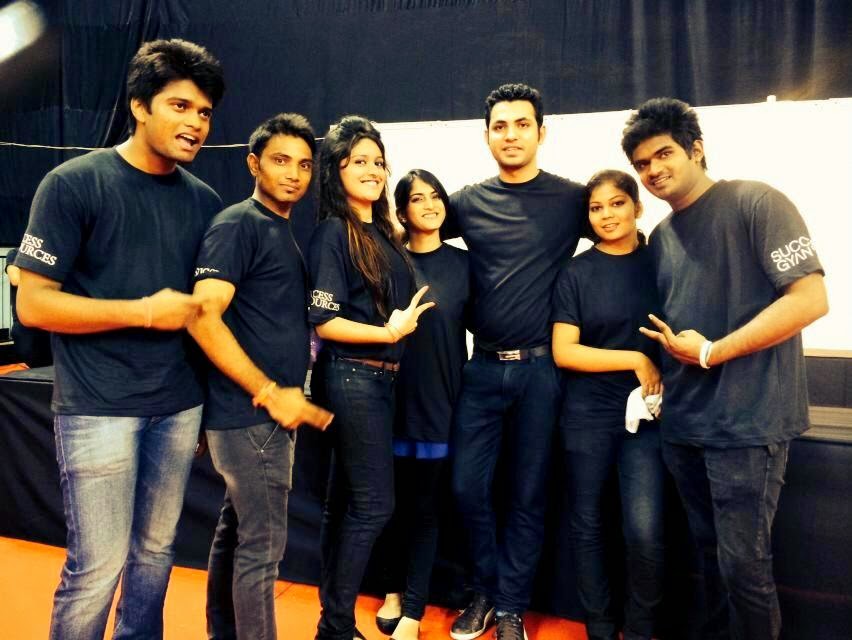 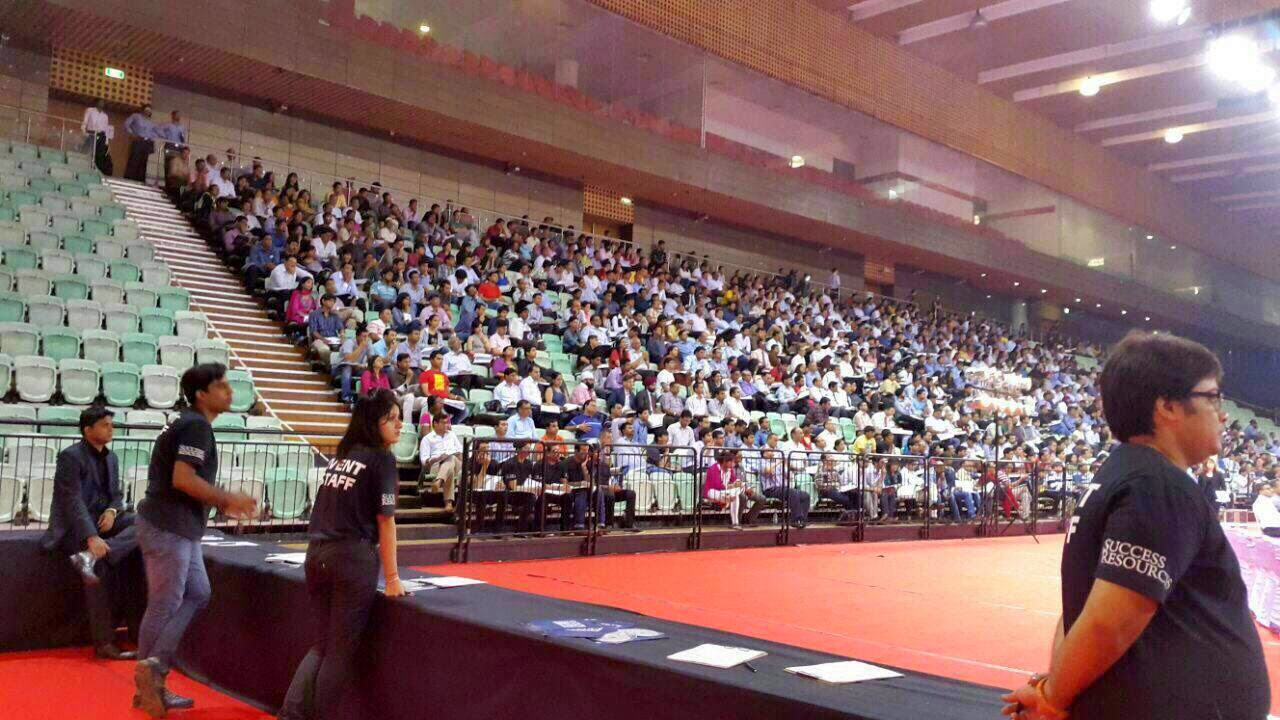 Students pursuing Event Management andPublic Relation from INLEAD were responsible for the event operations and production of the event. The purpose was to get exposure in the field of events.


Students thoroughly enjoyed and it was a great learning experience for each of them.
Posted by Unknown at 11:14 AM No comments:

Email ThisBlogThis!Share to TwitterShare to FacebookShare to Pinterest
Labels: INLEAD edge, Inside Scoop 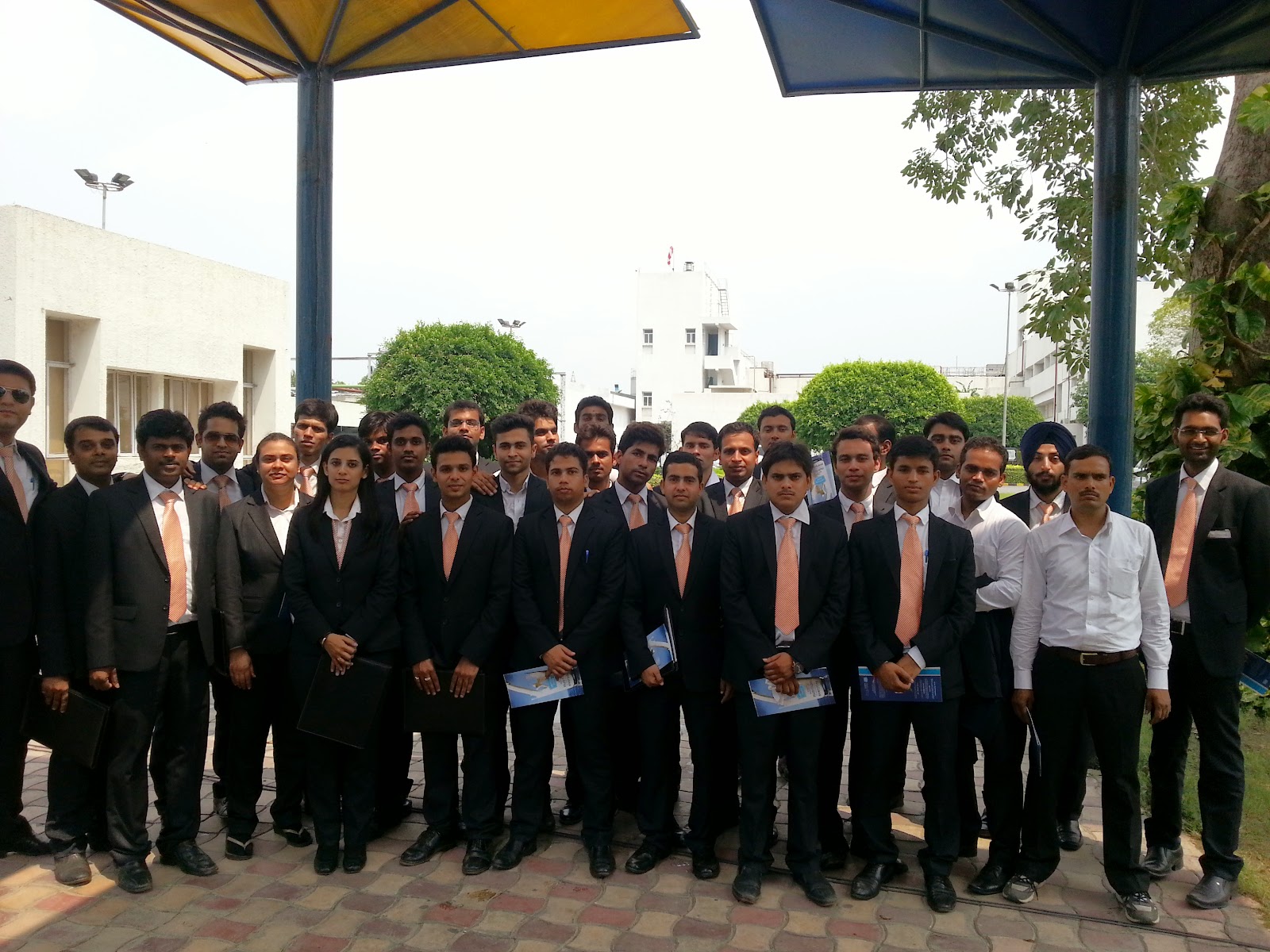 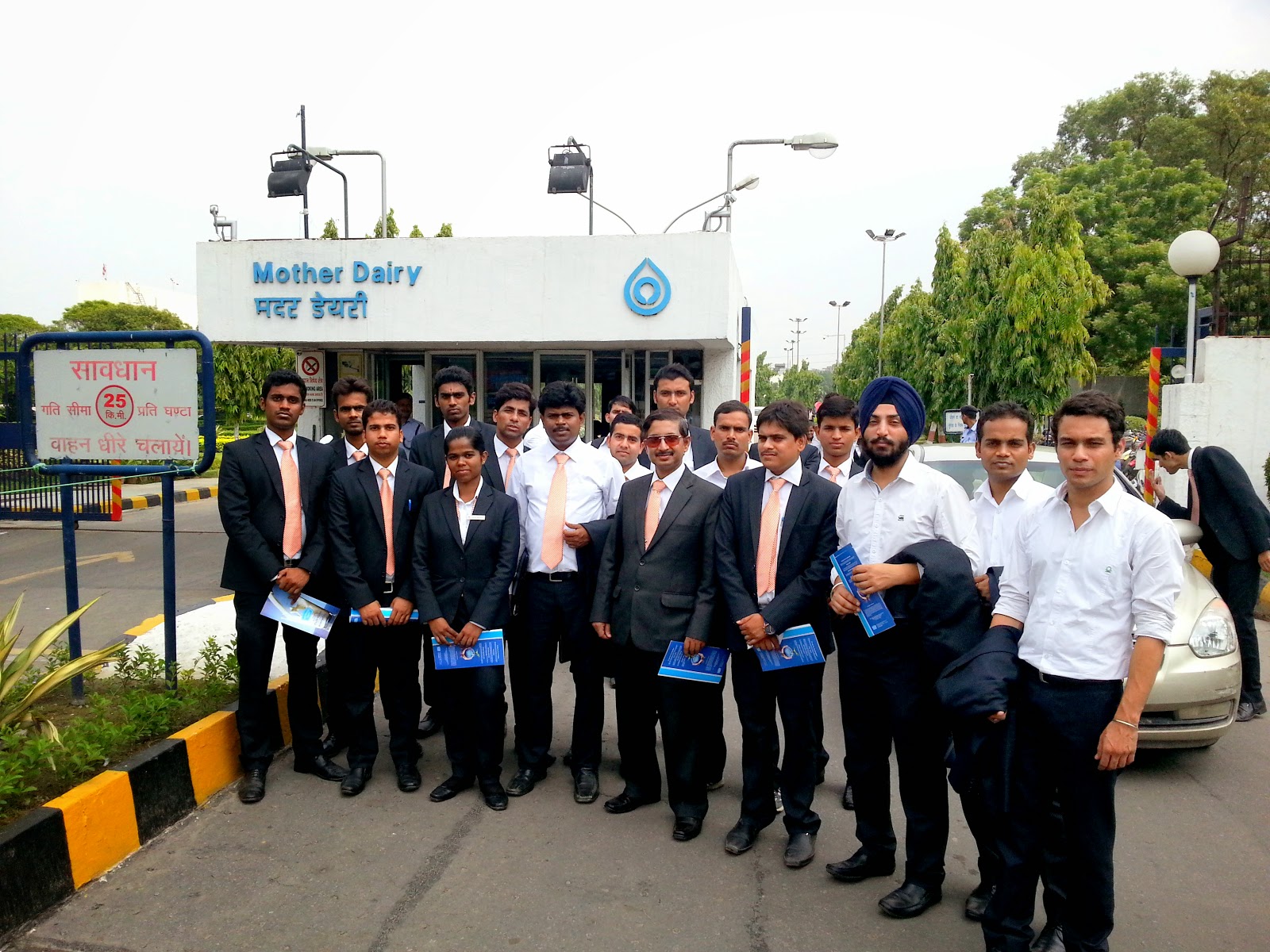 Mother Dairy as an industry also has a good market share. Students were provided exposure to production management, supply and distribution network, marketing strategy analysis was also shared and discussed with the students. 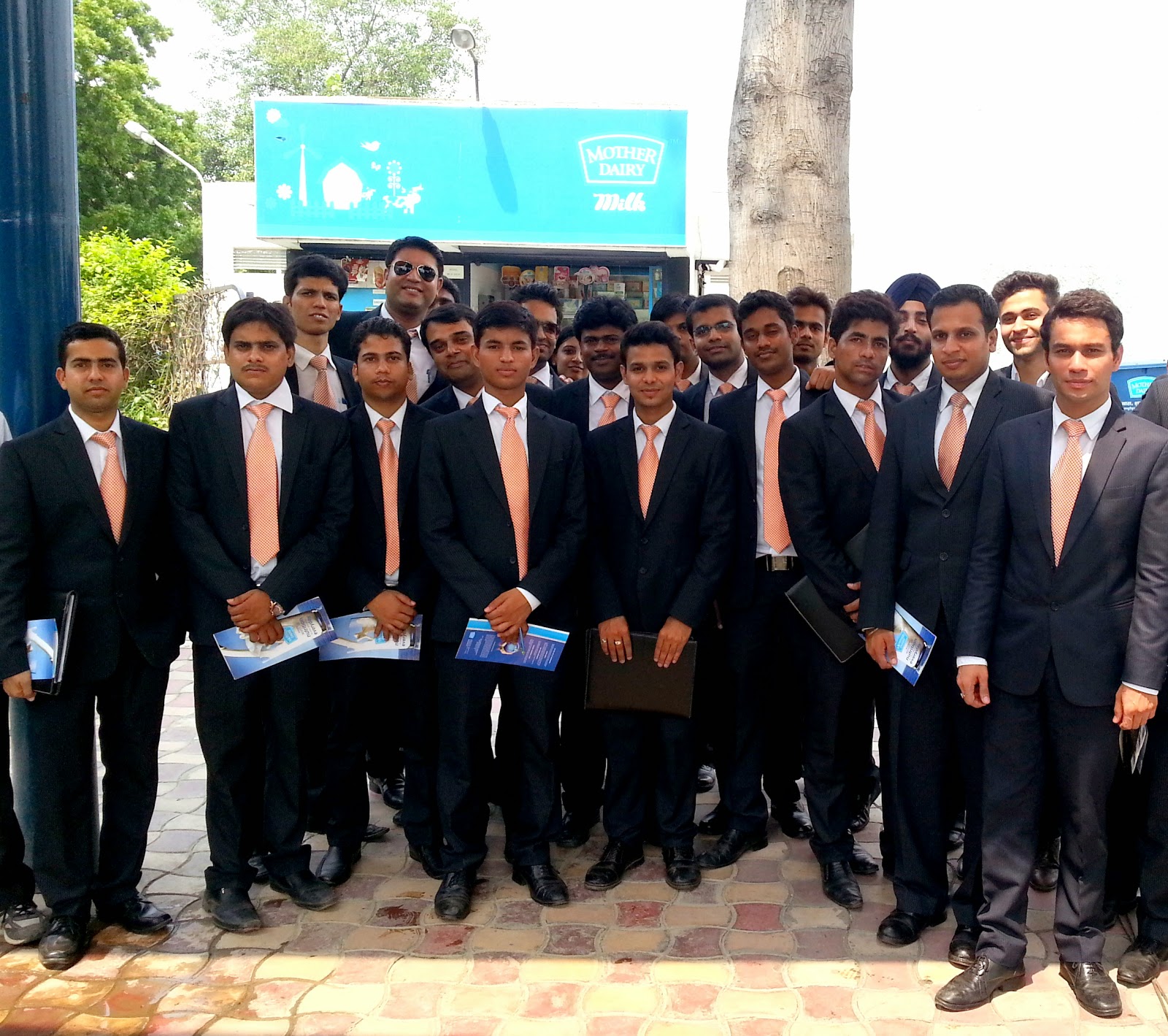 The visit was highly beneficial for International Business Management students and they gained great insight about the milk industry.
Posted by Unknown at 4:08 PM No comments:

Email ThisBlogThis!Share to TwitterShare to FacebookShare to Pinterest
Labels: Gyan-Dhyan, Inside Scoop, Life@INLEAD

India Today Mind Rocks is the country's eagerly awaited youth event which recently rocked Delhiites once again on September 6 at Siri Fort Auditorium, Delhi. It is a forum that allows bright young minds to meet and interact with their favorite icons in an open two-way conversation. This year top politicians, businesspersons, sports personalities and film stars shared their success stories and discussing issues of national interest with the audience. 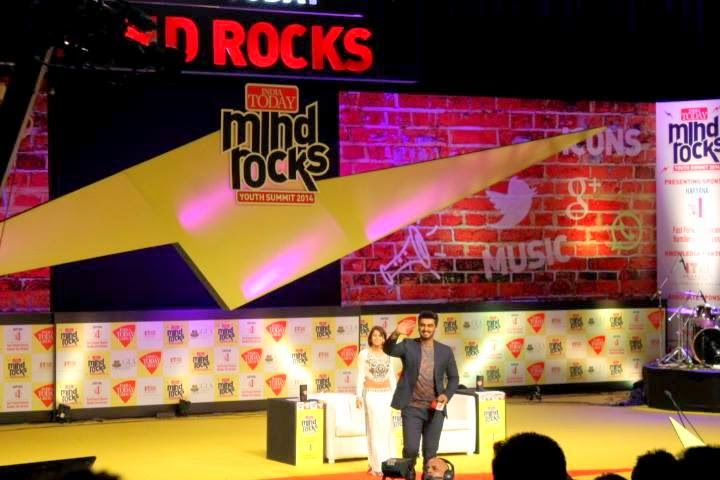 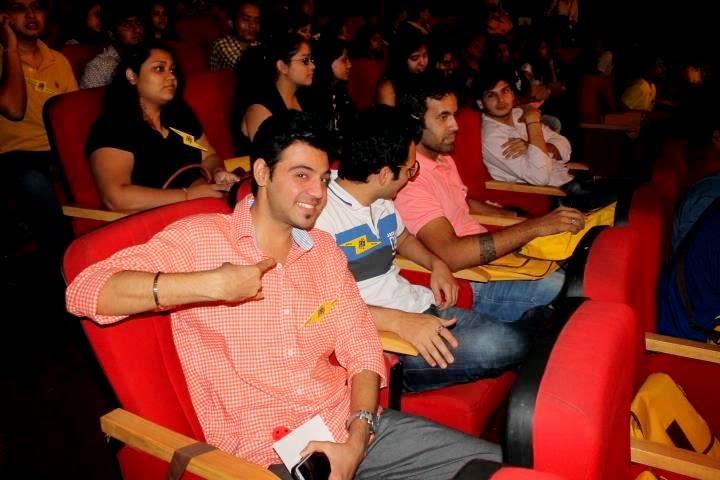 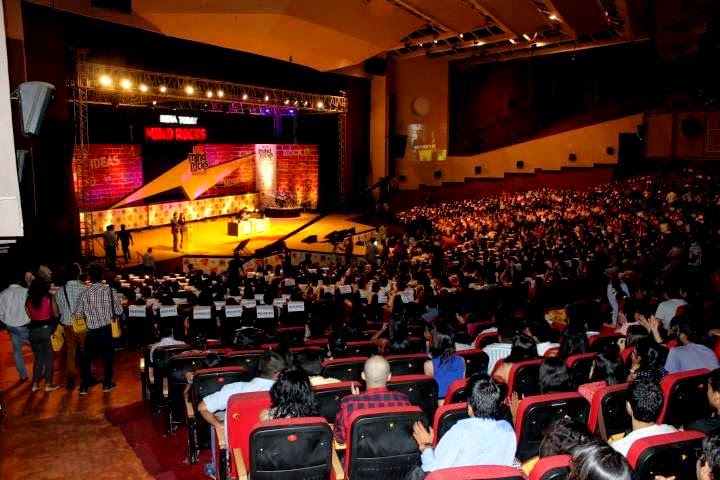 The finale of the event was a live performance by Sufi rocker Rabbi Shergill, who shot to fame with soulful numbers such as Bulla Ki Jana and Challa. 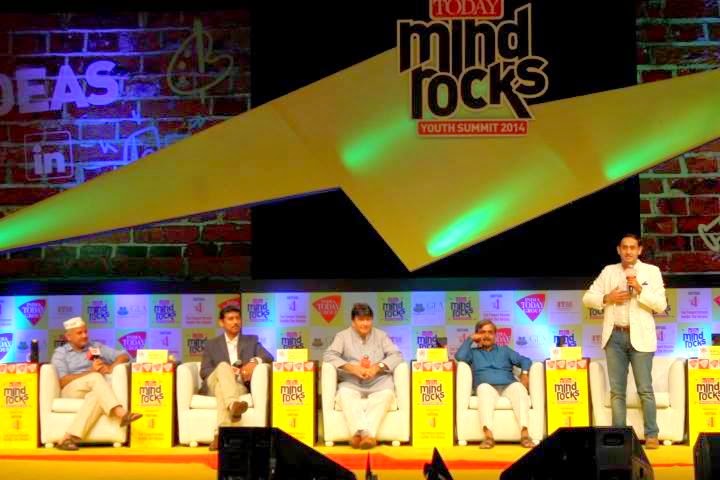 Started in 2007, FICCI Heal 2014 has quickly moved on to being one of the most awaited Health Conferences in India.

The conference is a conglomeration of various policy makers and national and international leaders from healthcare and other related industries along with the participation of delegates from Indian and abroad.

What is the agenda for conducting the FICCI Heal Conference?

The conference addresses the key issues in Healthcare and creates a suitable platform for constructive relations that work towards the betterment of the healthcare sector.

The conference addresses the key issues in Healthcare and creates a suitable platform for constructive relations that work towards the betterment of the healthcare sector.
What are the challenges faced by the Healthcare sector?
The various challenges which are faced and addressed at the FICCI Heal are:

Apart from the conference, another keenly awaited event on the sidelines is the Healthcare Awards, which recognizes and Awards outstanding achievement and excellence in the field of Healthcare. Many eminent personalities are recognized through this platform.

Digital media has been at the forefront of such innovations across several sectors including healthcare which has impacted on improving quality of healthcare delivery and empowering patients by enabling access, reducing delivery costs, contributing to prevention, imparting training and improving outcomes through data sharing. Therefore, the declaration by Government of India to make 2010- 2020 as the Decade for Innovations is extremely critical and pertinent for healthcare sector in India.

Our endeavor through this Conference is to address the various opportunities and challenges to promote innovation which can change the current paradigms and move towards better, efficient and cheaper methods for accessible, affordable and quality healthcare in India. 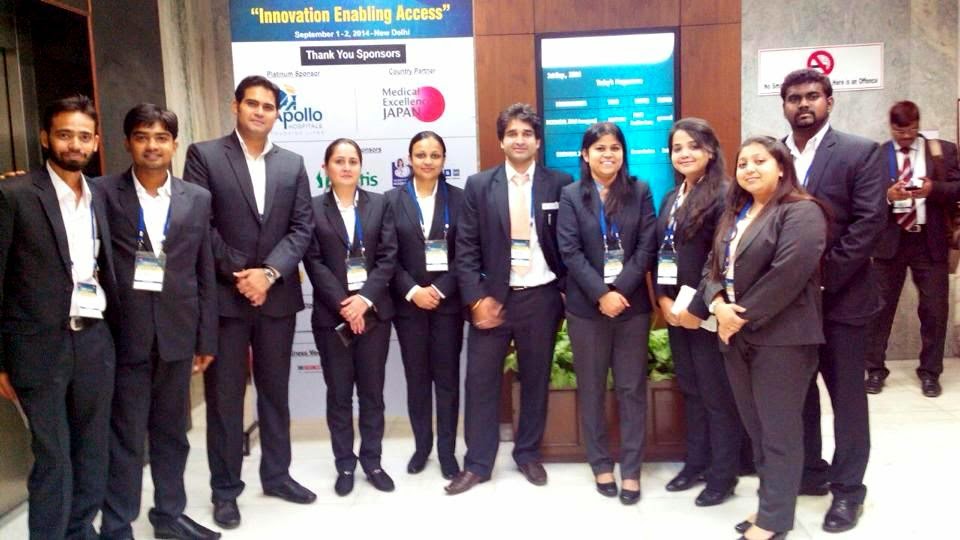 Posted by Unknown at 3:21 PM No comments: