Is WAR the answer? 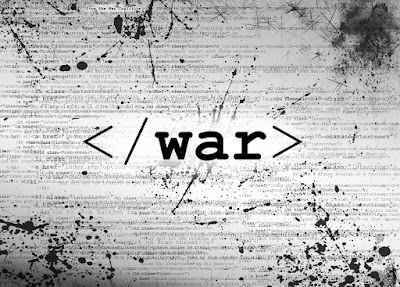 It’s been over a week since the Indian Army Camp at Uri was attacked by Pakistani terrorists, and what has followed since is a situation of warmongerism across the country. There is tremendous amount of anger in India, specifically on social media; it possibly seems too easy for many to be simply sitting in the comfort of their living rooms, introspecting if the nation should go to war with Pakistan. The real standing question is: Could India and Pakistan really go to war?
After all, both countries have long been nuclear powers - a deterrent that encompasses the lives of a combined 1.4 billion people. And yet, hours after 18 were killed in an attack on an army base in Indian-administered Kashmir, the Director-General of Military operations for the Indian Army announced that the terrorists carried gear which had "Pakistani markings."

The allegation released a gush of fury on social media. "Pakistan is a terrorist state and it should be identified and isolated as such," tweeted Home Minister Rajnath Singh. This was followed by Bharatiya Janata Party's General Secretary  - Ram Madhav, who took to Facebook: "For one tooth, the complete jaw," he posted, implying a disparate retaliation.

On India's many TV news channels, a steady drum-beat calling for war gained momentum, reaching a crescendo of sorts in primetime. Arnab Goswami, the host of the country's most-watched English News Hour, expressed rage at Pakistan: "We need to cripple them, we need to bring them down on their knees." One of his guests, Retd. Gen. G.D. Bakshi went a step further: "We must be seen as inflicting punishment on Pakistan by non-terrorist means ... the nation needs a catharsis (cleansing)!"

The other side of the border has really taken this as a grave threat. The following excerpt from Washington Post’s news article on September 22 highlights the same:
“Military officials are calling it a routine exercise, but the thunderous spectacle of Pakistani fighter jets touching down on a major highway Wednesday and Thursday, with commercial flights suspended and traffic blocked for hours, has fueled public speculation that something much more ominous is afoot.

The air exercise led to the closure of commercial airspace over several regions of the country and triggered a sudden drop in the nation’s stock market.”
Ground realities

It's easy to get carried away by the public rhetoric we're seeing. Uri attack is not the first deadly attack on Indian soil that New Delhi has accused Pakistan of having a hand in. While Indian officials continue to link those attacks to the Pakistan government, Islamabad has consistently denied any involvement. In each of these terror attacks, and others like them, there have been calls for a strong Indian response. According to an interview to CNN by the strategic affairs editor of Business Standard – Ajai Shukla, who is a former Indian Army Colonel, "When it makes decisions, the (Indian) government is guided by realities, not by a public outcry. They realize that if they attack Pakistan, it does not play out in India's favor. One also cannot ignore the fact that Pakistan has the 11th biggest army in the world. We're in a symmetrical relationship, the consequences of any form of attack are far worse than people realize."

As recent as last night, India has conducted surgical strikes along the LoC, which is being considered as a response for Uri attack. According to the Army, surgical strikes were based on specific intelligence input of terror groups ready to infiltrate into India and carry out terror attacks.“Significant casualties have been caused to terrorists and those trying to shield them. We don’t have a plan to further conduct such strikes. India has spoken to Pakistan,” DGMO Lt Gen Ranbir Singh said.