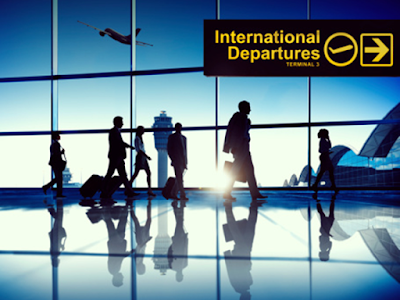 Sluggish economy, so called recession, demonetization or poor sentiments…looks like none of this has shown any impact on the outbound travel from India. India has emerged as the world’s fastest–growing outbound market and is second to China. Tourism boards in foreign countries are gearing up to meet this surge in demand head on by establishing their offices in the country, or using representations or their embassies/ cultural desks to test the waters, before taking the plummet. Leisure and Business travel, MICE tourism are the most substantial providers for emergent outbound travel. The easy availability of attractive packages, increased promotion by travel agents/ tour operators and destination countries will further drive outbound departures.

According to a visit analysis survey done by Express Hotelier and Caterer, by 2018 nearly 30 million will be the number of outbound tourists from India. The list most likely will be dominated by business travel; holiday and VFR (visit to friends and relatives) trips. Niche markets such as sports tourism, luxury travels, MICE, honeymoon packages and cruises also have a lot of potential. Thailand tops the list as the most popular tourist destination for Indian travelers, followed by Singapore. United States and China which stands at the third and fourth spot and Malaysia is at fifth position.

Indian travelers are exploring new and emerging countries among them are Sri Lanka, South Africa, European, Far East Asian countries are becoming the destination of choice for Indian tourists. According to a survey done by Forbes, Indian tourist are considered to be among the world’s highest spenders, it is estimated to be four times than that of the Chinese and Japanese.  The average Indian traveler spends $1,200 per visit as compared with Americans who spend about $700, and Brits who spend $500. The trend earlier showed that majority of the outbound tourism happened through Tier 1 cities, but smaller cities like Jaipur, Ahmedabad and Amritsar are also catching up.

The driving factor for the increase in India’s outbound tourism can be contributed to the growing middle class, increased disposable income, exposure and affordable travel packages. A galore of information is available on the internet, all one needs to do choose a destination. Technology has also changed the way people now travel; they make all the bookings in advance and have all the necessary information beforehand. Low cost carriers (LCC) have also changed the way people now travel. Domestic travel too are not that cheap, so a travelers gets into thinking “that if the cost of a domestic travel is going to work almost equivalent to an international travel, why not opt for the latter”. Plus, taking into consideration the peer pressure, it sounds more fancier to say to you went for a holiday abroad, you get to post all those wonderful pictures on Facebook and Instagram.

Bollywood has also significantly influenced the outbound tourism. The beautiful locales, scenery, culture clubbed with songs, dance and drama has hugely influenced the travelers to explore the destinations. The movies may/may not have garnered business, but these destinations sure did. Few examples of destinations that became popular thanks to Bollywood was: Spain after Zindagi Na Milegi Dobara, Ek Tha Tiger was extensively shot in Turkey, Corsica in Tamasha, Yash Raj and Karan Johar made London, Europe and USA popular, who can forget DDLJ, Chandini, Ae Dil Hai Mushkil, Kal Ho Na Ho. The list is endless, every time these movies were watched or songs played each one of us would have put these destinations in our bucket list.

Well, all of this sound very easy and the figures look very impressive, but this industry too has challenges’. The biggest being dealing with customers who are extremely price sensitive and are inherent shoppers, bargaining is a cultural trait. As customers, we are not very trusting and are not comfortable with the agency fees. Secondly, the exchange rates and the rupee depreciation also has become a very big hurdle for Indian outbound tourism. He changing economy patterns; read demonetization and GST will also have an impact. While that is yet to be seen, most of the travelers are back to their nest after an incredible trip to Prague or Vienna or New Zealand or Oman, and already calling their travel agents or are hooked onto the internet; planning their next one!