Just a couple of hours left, when students of INLEAD first step into the corporate world as ‘INTERNS’.
Today 10th October at INLEAD we had Mr. Jayant K. Sood, Head – Corporate & Company Secretary, INDO RAMA SYNTHETICS (INDIA) LTD give a talk on what to expect in the corporate world, as for most of the students tomorrow, 11th October is the first day of Internship. 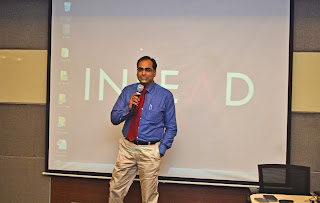 Mixed emotions were floating in the seminar hall.  Some were full of anxiety. Some were curious; some looked afraid and hesitant in entering the corporate world. Nevertheless we had students who were extremely excited at the same time. This timely talk by Mr. Jayant K Sood was held in order to make the students understand how they should portray themselves during their internship.

Mr. Jayant  K.Sood started his talk by saying, “Believe in yourself”. Further to which he elaborated by saying that each individual should have a positive notion and shall believe in her/ himself.  He also said, “What you think you become”.

Mr. Jayant K.Sood addressed the students by mentioning some of the do’s and dont’s that they should keep in mind while entering the big bad world – “The Corporate”. 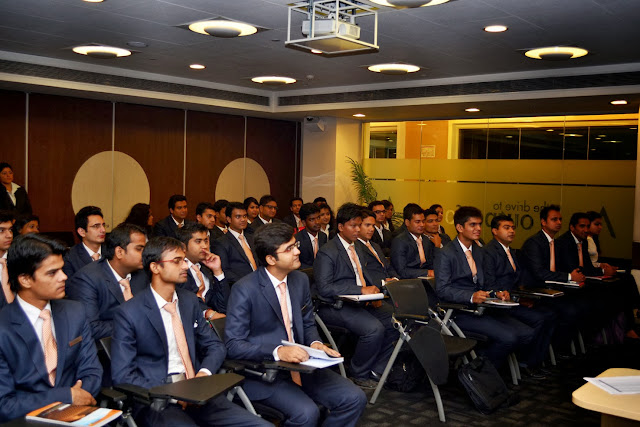 Firstly he stated that, to rise in any organization you must keep your integrity high leaving behind your ego, hatred, jealousy and other negative elements which might hamper your individuality and growth.

Mr. Jayant K.Sood further concluded the two hour session by saying that individuals/ students having a   strong belief system can survive and reach great heights in any organization. They need to understand that wherever they go, they can become No.1 and when you are disciplined, focused and a good planner nothing in this world can stop you and sky is the limit for those who come from the same school of thought.
Towards the end, the students had a smile on their faces and looked super enthusiastic for the big day which is tomorrow.
Posted by Unknown at 3:51 PM