Continuance of Insurgency in the State of J&K

“A militant was killed and two soldiers were injured in a gunfight in forest area of Kupwara district of Jammu and Kashmir,” read an IANS report of Nov 15, 2015. Such news reports have become a regular feature in India’s news dailies. 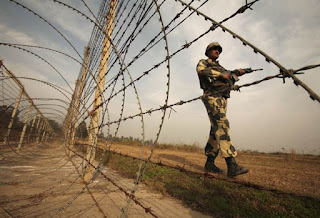 "Troops of 41 RR surrounded the forest area following information about a group of militants hiding there," a senior police official told IANS.

The population of the Indian-administered state of Jammu and Kashmir is over 60% Muslim, making it the only state within India where Muslims are in the majority. The sense of alienation from Delhi is especially to be found among young people in the Kashmir valley, a problem which has been made worse by high unemployment and what many see as heavy-handed tactics from Indian paramilitary forces in stifling their protests.

In 2003, India and Pakistan agreed to a ceasefire across the Line of Control (LoC) that divides Indian and Pakistani-administered Kashmir.

The two countries have since February 2010 embarked on a series of confidence building measures and held regular peace talks. Both countries say that they are eager to end the dispute over the contested Siachen Glacier. Furthermore, both governments face powerful hardline groups within their own countries who will be carefully monitoring the talks to make sure concessions they deem to be unacceptable are not offered to the other side.

With cross-border shelling by Pakistan continuing unabated, trade is likely to be affected in the coming days. Meanwhile, the custodian of cross-LoC trade at Chakan Da Bagh zero point, Mohammad Bashir Lone, said on the 16th of October, “the Line of Control is a major trade point between both the nations and there has not been direct effect upon trade in Poonch district till now”. 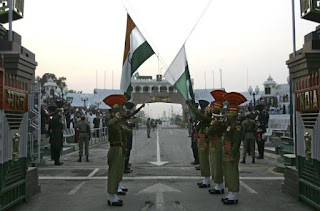 "There is insecurity in the minds of the traders. The ceasefire violation between both the nations develops insecurity in traders, employees and all the other people involved - the labours and drivers. But till now, by the grace of Almighty, the cross-LoC trade is good. However, if problem still continues, then it will be affected," said Lone.

Concluding, it could be said that for better social and trade coordination, India and Pakistan should unanimously reach a positive conclusion on the issue of Kashmir. The final process of peace and tranquillity begins if the two involved parties look for the betterment of their citizens rather than shelling blames at each other.

On the political front, a sense of responsibility and accountability needs to be imbibed in the light of not making any defamatory speeches and loose talks. Such incidences have always impacted the summit level talks between two nations and thus reduced the ‘confidence building measures’ incorporated by them.
"Troops of 41 RR surrounded the forest area following information about a group of militants hiding there," a senior police official told IANS.