How would you feel if the onboard announcements go like this, “Ladies & Gentlemen fasten your seatbelts. Okay don’t..ummm… unfortunately we can’t take off.  Very dense Red tape.”

If as a flier you are disheartened, imagine, what would be the plight of shareholders of Air Asia who have invested in Air Asia Bhd. They would surely be shattered and suffering from anxiety attacks. 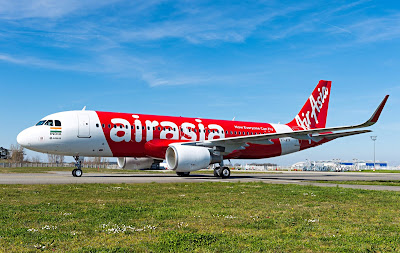 Air Asia is an airline from Malaysia, one of the fastest growing, it looked at India as the next frontier. The brand entered India with equity holdings of about 49% by Tony Fernandes, CEO of Air Asia Bhd, 41% by Tata Sons & the remaining by Telestra Tradeplace owned by Delhi based Arun Bhatia. With hopes flying high and a dynamic CEO in Mithu Chandilya, Air Asia was ready to soar in the Indian skies. But fate had other plans, and even after more than 2 years in service the company has only 6 aircrafts and a hold of only 2% of the domestic passenger market.

Aviation sector in India has a rule called 5/20 which implies that any airline operating in India needs to operate in the domestic territory for atleast 5 years, have a fleet of 20 aircrafts and then only can operate internationally. This rule is now under the scanner and soon there will be some modifications to it, especially after a plethora of objections being raised by other Aviation companies. This served as a major cause of Red tapism & has impeded the growth of airlines like Air Asia & Vistara and prevented them from making money via lucrative international routes. The new rule that could come in place is the DFC or Domestic Flying Credit which requires an airline to accumulate 300 DFC points in domestic circuit before flying in international routes.

As if this wasn’t enough there have been noises from the Air Asia board about ongoing fights between Tony Fernandes, Arun Bhatia & Tata Sons, which has created huge rifts within the organization & has led to many senior executives quitting. A big cause of the company failing has been very little infusion of cash during its inception in India, a mere Rs. 30 crore. Losses are close to Rs. 65 crore.  Tata in another venture has tied up with Singapore Airlines & launched Vistara in India with Rs. 100 crore. Rs. 30 crore pooled in by shareholders apparently is very little, the cash pool has dried and with mounting losses funds are available only via advance sale of tickets. This is truly a dire situation, especially for an aviation company!

Each shareholder would need to cough up more funds, but while Tony Fernandes is busy with Air Asia Malaysia, Tata Sons with Vistara & Arun Bhatia being nothing but a rabble rouser, there doesn’t seem to be any silver lining at the end of the dark cloud. This could be just another Kingfisher and we may not be able to enjoy the good inflight services of Air Asia any more.