Are we smart enough to build Smart Cities? 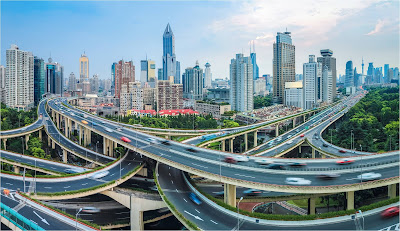 The current Govt. true to its pre poll promises has taken up some initiatives that will in the long run be those initiatives which Indians would be proud owners of.  One such initiative is construction of Smart Cities. A project if successful, will serve as a model modern living concept.

What is a Smart City?
There are many definitions of Smart cities. While we will tackle that later, let’s look at some initiatives that the Govt of India has taken up in its Smart cities Mission. The mission is expected to set examples that can be replicated both within & outside the smart city.

Smart cities are aimed at improving the quality of life, provide employment opportunities, encourage  green living and especially create inclusive cities that look after its Have nots (i.e. poor, elderly, disadvantaged) and the Haves alike.

Choosing Smart Cities in India
There are 100 Smart cities in the pipeline that have been distributed among States & Union territories on the basis of equitable criteria. The formula gives equal weightage (50:50) to urban population of the State/UT and the number of statutory towns in the State/UT. This has resulted in all States & UTs having atleast 1 smart city, with Uttar Pradesh having a maximum of 13, followed by Tamil Nadu with 12, and Maharashtra with 10 such cities.

Monitoring of Smart Cities
The Union Ministry for Urban Development is responsible for implementing this mission. A total of Rs.70.16 billion has been allocated for this mission. National level monitoring will be of two types: Apex Committee & National Mission Directorate. These committees will develop strategic blueprints, coordinate across center & states, oversee capacity building, and approve the release of funds based on progress in implementation. The first smart city under construction is at the Gujarat International Finance Tec-City at Gandhinagar in Gujarat.

To conclude lets define Smart City:
To provide for the aspirations and needs of the citizens, urban planners ideally aim at developing the entire urban eco-system, which is represented by the four pillars of comprehensive development-institutional, physical, social and economic infrastructure. With these smart cities we will be able to boast of modern facilities & a quality of life comparable to western standard of living. It will be symbolic of a culture that needs to be fostered & inculcated such that a sense of discipline & timeliness becomes an integral part of our lifestyle.