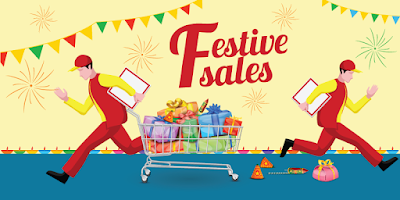 The Great Indian Festival ‘October 2016 – what a huge success it was! Flipkart clocked sales of 15.5 million units while Amazon clocked 15 million units. In value this converts to Rs. 3000 crores worth of sales for Flipkart in the 5-day Great Indian Festival from the 1st to the 6th of October, 2016. There are more sales lined up all the way till Diwali. While Flipkart focused on big ticket items, especially electronics, Amazon focused on acquiring new consumers. Amazon Prime whose subscription can be bought at Rs. 499 was a huge gainer during this time. The success has left both the e-commerce players heady & happy and they have drafted aggressive plans in terms of funds infusion and promotional expenditure.

A question for you reader at this point… Did you realize that I have only been talking about Amazon and Flipkart? Have you noticed the absence of ‘Snapdeal’ in the e-commerce conversations these days? Where is this third biggest player in the Indian online retailing landscape?

Let’s find out more about the missing  Snapdeal…

It was only a year ago when Kunal Bahl, CEO, Snapdeal had boasted that his company would overtake Flipkart in sales. The company has since suffered and now lags way behind its two main rivals Flipkart & Amazon. Clearly a lot went downhill, especially with their deep discount strategy of early 2015. They never really acquired regular customers, and only got the floating ones who wanted to enjoy the discounts. It proved to be rather untenable for Snapdeal. This was followed by their brand ambassador, Aamir Khan’s “intolerance” remark. While the company did not renew his contract as their brand ambassador, many people post remark-controversy uninstalled Snapdeal apps. Then again Amazon stole the e-commerce thunder with better quality, service delivery and response to customer issues. Statistically, more people were found to be downloading Amazon app than any other in the first quarter of 2016. As on March 2016, Flipkart’s market share in the e-commerce space is 37%, down from 2015’s 43%; Amazon’s market share is 24%, up from 2015’s 14%; while Snapdeal’s market share is 14% down from 2015’s 19%. (Economic Times, 6th October 2016)

Will a brand makeover pump up the game for Snapdeal? Well, the CEO thinks so. About Rs. 200 crores will be spent all the way till Dec 2016 to promote Sanpdeal’s new look. In a brand rebuilding exercise, on Sept 10th the company unveiled its new logo and a new brand identity “Unbox Zindagi”. The company wants to focus on the moments that an e-commerce customer experiences. They could be any; from website browsing to making the purchase to receiving the package to opening the box. The branding team at Snapdeal realized that the moment when the customer opens the box is most magical.

This shift away from just low prices, faster delivery and sales, to appreciating the customer’s aspirations should hopefully rejuvenate the brand and help position it better in their minds. Snapdeal insists that the rebranding is working, despite mixed response to their new campaign. And with many new distribution centers in their kitty, the company has claimed to have regained its mojo, bit by bit. As evidence they claim to have clocked their highest single day sale ever on the 2nd of October, 2016, shipping 1.67 million products in just 16 hours. Their website traffic has also risen by 20% and their conversion rate is up by 40% as compared to previous year.

It seems the Unbox Zindagi moment is working!!

So, Let the sales begin and let’s see if Snapdeal jumps into the fast moving e-commerce bandwagon once again.