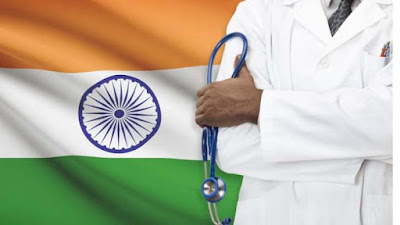 In India, we don’t have a National Health Insurance or a universal healthcare system for all its citizens, because of which private healthcare sector is getting more importance. Mostly urban population is availing the services from private healthcare sector as majority of rural population are unable to afford the expenses. According to the World Bank, only about 25% of India’s population had some form of health insurance in 2010. But, a 2014 Indian Government study found this to be an over-estimate, and claimed that only about 17% of India’s population was insured. Public healthcare is free for those below the poverty line.

The Ministry Of Health was established in 1947. The government then introduced a series of five- year health plans. The National Health Policy was endorsed by Parliament in 1983. In order to bring Universal access to health, Indian Government launched the National Rural Health Mission in 2005.

In contrast to that, people from good economic background will avail the services from private hospitals as their quality of service is far better than the public hospitals.

Challenges of healthcare system in India

There are many challenges in Indian healthcare sector, few most important are:

Solution to Above Challenges

Fund, resources, infrastructure, skilled professionals are very important but the most important aspect is awareness. Unless proper awareness of health is not there, no one from rural population will come and avail the services. So, first and foremost thing is awareness, for that we need lot many volunteers who can take initiative to bring awareness about health and benefits of healthy life style among rural population.

Volunteers we can get through Government initiative via CSR (Corporate Social Responsibility). Under CSR, corporate are required to spend some amount in social cause. So, government can make it mandatory that Rural Health Awareness should be one of the most important aspects of CSR.

We need to start from the scratch, right with the people from slums who are living in very pathetic condition. If they do not have any work for their livelihood, then how will they think of their health and hygiene? So, the literate percent of Indian Population will have to take responsibility of uneducated and illiterate group of people. This is not a One Man show; together we all can make a difference.

SWACHH BHARAT ABHIYAN launched by our honorable Prime Minister Mr. Narendra Modi is a very good initiative towards hygiene and health. As we all know health and hygiene are two sides of a same coin. Hygiene keeps you healthy. Swachh Bharat Abhiyan will be worthy if we implement this in our day to day life.

Implementation along with creation is very important to make your creation a successful endeavor.