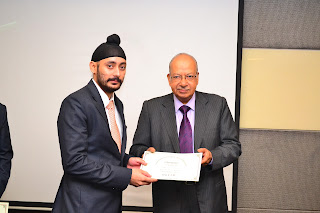 All the aspiring professionals were waiting for 31st August 2012, as the day was decided to give the title of the Ultimate Wizard to 1 team among 8 that had participated in the “Quiz Wiz” Contest organized by the INLEAD’s Student Affairs Team. The atmosphere of the room was full of anticipation as the excitement level grew with the level of questions getting tougher and tougher with each round. All the eight teams tackled the hard-hitting questions well which were being thrown to them by Ms. Khushboo Singh. It should be added that the audience also played a major contributing factor in making the entire activity a huge success as the questions that were not being answered were turned to them and the answers were flowing from across all the corners. The event came to a successful end as students received their prizes and certificates from Mr. RC Gupta, Executive Director at INLEAD 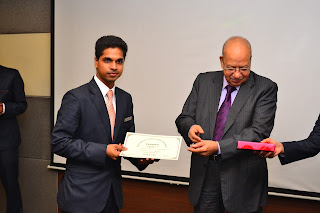 Bravo to all the Winners:


Token of Appreciation for the rest of the Participants:
Amit Papreja and Gursimran Chawla; Prerna Chowdhaury and Monika Bhardwaj; Mohit Manahas and Ankit Verma; Manmeet Grover and Sushil Pandit; Tania and Dipanshu.


The event could not have been successful without the tireless efforts of the organizing committee; all have been awarded the Leadership excellence Certificate. 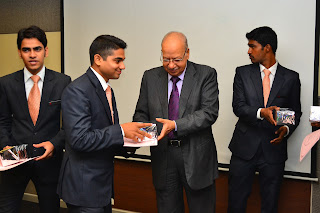