The Race for Driverless cars

Have you ever tried driving on Cruise control on a highway, if you have an Automatic? Well, here’s what happens: You set your car on a particular speed (chances are you will select around 120 kmph), press the Cruise Control button, remove your feet from all pedals, sit back and watch your car drive you. Even better - open the Sunroof or unhinge the top altogether and enjoy the breeze ruffle your hair.

We thought that’s the pinnacle of technology in a car. But, were we wrong! Because, according to a gentleman named Elon Musk , “why stop here, why can your car not drive for you on busy streets and talk to you when its unable to manoeuvre intersections?” 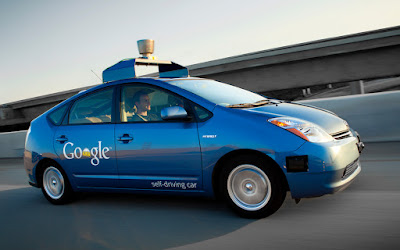 Tracy Chapman had in 1988 penned a lovely song, Fast Car, and the lyrics were: “You got a fast car, I want a ticket to anywhere, Maybe we can make a deal, Maybe together we can get somewhere”. Well, she meant her lover and she could escape in a car. But Tesla, Google and Toyota seemed to have taken a cue from the song and are now making you love your car, which will take you anywhere. So, it’s going to be just you and your driverless car.

Google’s robotic car has a 70,000$ LIDAR (light radar) system which helps generate 3D map of its environment, produces different types of data models, that allow the car to drive on its own.

Tesla’s Model X is a luxury full-size crossover utility vehicle with falcon-wings door that lift vertically thereby getting rid of the problem of hitting the door against the kerb or another car while opening. According to Elon Musk, founder CEO of TESLA, Model X is the safest SUV in terms of frontal and side – impact crash. 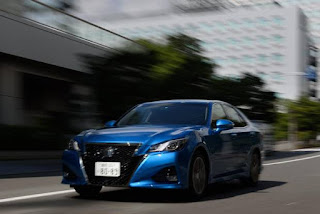 The Toyota Crown sedan can deliver audio and visual alerts when a driver has taken his/her foot off the brake and has started to creep into an intersection. Returning to manual mode is simple - just grab the wheel or press the brake. These 3 driverless car manufacturing companies have embarked on an ambitious program and the costs are humungous. Add to it the fact that this technology is beyond the legal stipulations which are for human operated vehicles, driverless cars seem a formidable proposition.

Commercialization has commenced with Google SDCs already on road aboard. In fact, as of July 2015, Google’s 23 self - driving cars have been involved in 14 minor accidents, but Google has blamed them primarily on drivers of the vehicles or of another vehicle.

The cars are expensive to buy and complex to maintain. We need more charging stations, which are technically very few in number across the globe. Parking these cars on roads due to absence of driveways or garages could make them vulnerable to theft. The technology has yet to be tested in extreme conditions of storm and snow. Also, the technology isn’t smart enough to navigate around potholes or stop the car if the traffic police ask you to pullover.

Primarily, with driverless cars, specially challenged people would be able to commute easily. There would be less noise pollution and air pollution since these are electric powered vehicles. Also, accidents due to human errors will be curtailed, since humans tend to often misjudge other road users’ movements and get distracted. Most importantly, the user of the vehicle can multi task, and not waste all the time on driving, especially when it’s known that statistically people waste close to 4-6 work weeks on driving every year.

The real question however is, “Are we ready for driverless cars yet?”