Orlando, Brussels, Syria...The inhumanity of it all..

Let’s pray for Orlando, for Kabul for Istanbul, for India for Syria, for Iraq and for all those nations that are fighting a bitter battle against a bunch of freaks who seem to be running a grim soap opera of bloodbath and bombing.

This blog is straight from my heart which is bursting with angst at the insanity of it all! Ain’t it ironic, it’s become just that convenient to pick up a firearm from a place where you can buy potatoes. It’s become just that convenient to take aim and kill innocents. It’s like, we kill to please! It’s like, the assassins are leading a life of “Call of Duty” outside their Xboxes & PlayStations!

We debated a while back about Aamir Khan’s statement of how intolerant we have become as a country. Well I beg to differ and would like to say that we have become intolerant as a human race.  Reality is rather dark, when we read about youngsters getting radicalized or those who just out of some phobia go on a shooting rampage. 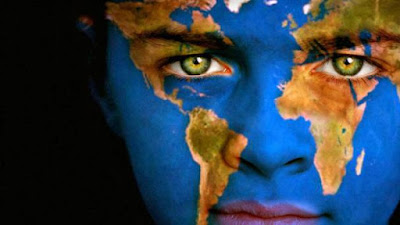 We, the citizens of this planet Earth tolerate a lot and we tolerate the craziness of such societies which seemingly has abandoned its children, abandoned the homes that make children feel safe and secure. The absence of a stable home, a strong support system drives people towards the cowards who immortalize the concept of moksha, of a life after death that would be more glorious, of happiness that can be derived only from killing.

We all suffer from frustrations & worries, from the fear of the unknown and the known. We all suffer the crazy chaos that has become a hallmark of our claustrophobic lives. Locked in a pigeon hole called home, humans have become matchsticks ready to incinerate at the strike of a match. None of this, in any way justifies the killing of dozens and hundreds in the name of God, homophobia or honour.

It’s time our society shook itself and looked after the Kasabs, and the Omars; Prevented them from going astray, getting them the help that’s timely and not too late. As humans, and we agree we are that, don’t we; we are, social animals. Somehow we have chosen the animal and put away the social. We have locked ourselves within four walls and secluded our thoughts away from the beauty of life. Death whether our own or someone else’s seems to be the ultimate solution.

Trust me when I say, it’s the worst solution. It’s not a solution at all. It’s but a constant, a full stop. Sure we can’t escape it, but hastening towards it using methods of madness, hurting the unwarranted and the blameless, is inhuman and beyond any shred of reasoning.

So wake up people and look after each other, before we lose another.