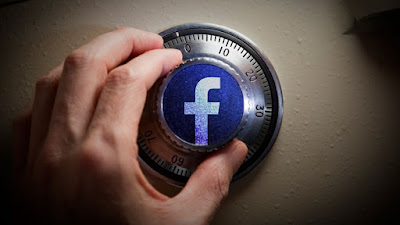 “All your posts can become public tomorrow. Even the messages that have been deleted or the photos not allowed. After all, it does not cost anything for a simple copy and paste
Better safe than sorry is right.………..”

If you are seeing this weird privacy message on your friends’ timelines, there is no need to panic. Just like “Modi declared the most popular PM by the UN” or “Apple claiming iPhones could be recharged in a household microwave”, this message too is a HOAX! Although the message quite convincingly claims to protect a user’s content by warning him or her against a non-existent Facebook policy to make private posts public, it’s is not the first time the ‘Facebook Privacy Notice Scam’ has cropped up its ugly head on the most widely used social networking platform worldwide. This can be of concern for many of us; quite amusingly, can even be a life changing situation for many who breathe, eat and live on Social Media all the time!

The new message reads like this: “I do not give Facebook or any entities associated with Facebook permission to use my pictures, information, or posts, both past and future. By this statement, I give notice to Facebook it is strictly forbidden to disclose, copy, distribute, or take any other action against me based on this profile and/or its contents. The content of this profile is private and confidential information. The violation of privacy can be punished by law (UCC 1-308- 1 1 308-103 and the Rome Statute).

NOTE: Facebook is now a public entity. All members must post a note like this. If you prefer, you can copy and paste this version. If you do not publish a statement at least once it will be tactically allowing the use of your photos, as well as the information contained in the profile status updates.”
The other variety of the hoax doing rounds reads something like -- “Channel 13 News was just talking about this change in Facebook’s privacy policy,” and then adds the privacy message to it to make it more believable.

The same hoax appeared in 2012, 2014, 2015, and now being circulated on the social media site again, with no changes to the format at all. Facebook, being a public company, doesn’t mean the privacy policy changes and goes for a toss; neither can they use your photos for ads. However, for those paranoid about their Facebook privacy, go to settings and turn everything to ‘only me’, so that not even your friends could see what you post. Frankly, that might turn out to be more effective than sharing this ‘Privacy’ protection update.

Having said all this, what remains the most interesting fact is that one’s absolute privacy ended the very day their Social Media accounts were created. Then why’s all this hue and cry???