Bitcoins – are we ready for digital money?

The digital wave has hit the humankind like never before. Everything from shopping to booking our tickets to ordering food has all gone the digital way. We have actually become so dependent on technology that what was made as a way to help us, has now become a way of life for most of us. So, it comes as no surprise that man in the name of development has also given birth to a special kind of digital currency called Bitcoin. Don’t know what it is? Here, read the article and find all the answers you have been looking for. 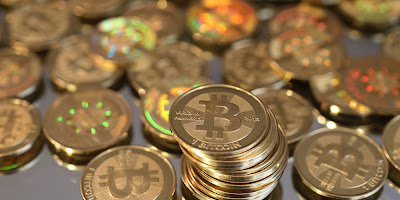 Bitcoin is a form of digital currency, created and held electronically. It’s unit for representation could be BTC, XBT or .Small amounts of bitcoins used as alternative units are called millibitcoin (mBTC), microbitcoin (µBTC) and Satoshi. The Bitcoin protocol was formulated as a payment system by Satoshi Nakamoto, supposedly a Japanese, in 2008 and the open source code for the same was shared online in 2009. There is a mystery behind the creator’s identity, to the extent that it may not have been a Japanese and that it’s a group of creators, and not just one.

How do they work?

Bitcoin uses peer to peer technology to operate with no central bank or authority. Managing transactions and issuing Bitcoins are collectively done by the network. To use a Bitcoin, one needs to install a Bitcoin wallet in his computer / mobile phone. Bitcoin wallets keep a secret piece of data called “private key” or “seed”, which is used to sign transactions and serves as a proof of the authenticity of transactions.

“Block chain” is a shared public ledger on which the entire Bitcoin network relies, and all confirmed transactions are included in the Block chain. The transactions are confirmed using Bitcoins via a process called “mining”. Mining enforces a chronological order in Block chain, protects neutrality of the network and prevents users from rolling back their spends and misusing or reusing the Bitcoins.

The rise of Bitcoins

Over time, Bitcoin as a form of payment for products and services has grown, and merchants are incentivized to accept it as the fees are lower than the 2-3% levied by credit card processors. 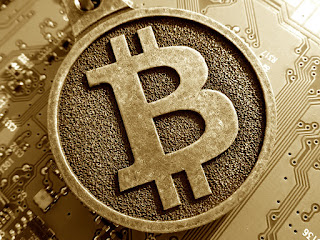 The European Banking Authority  and  other sources have warned that bitcoin users are not protected by refunds or chargebacks (returning of funds to consumer by the charging bank for settlement of debts). In retail transactions, however, this cryptocurrency does not hold much momentum. The use of Bitcoins by criminals has attracted the attention of many regulators, legislative bodies, law enforcement and  media. In 2012, a study stated that 4.5% to 9% of all transactions in Bitcoin were within Deep Web (a world wide web that exists on ‘dark net’, which overlays the public internet) also called Silk Road, where one can access sites on child pornography, murder-for-hire and  weapons purchase. Then, there have been many instances of Bitcoin Ponzi (fraud) schemes as malwares also started stealingusers’ Bitcoins.

Coming closer to India, The Reserve Bank of India has often issued warnings against usage of Bitcoins as it may leave users exposed to financial, legal & security related risks. Despite these warnings, Bitcoin has been gaining currency in India and quite a few trading platforms have sprung up catering to Indians wanting to purchase Bitcoins for Rupees.

But the question still hangs in the air: Are we ready for a digital currency? Maybe, not right now. However, going forward we may be more open to using digital currencies or cryptocurrencies, if there are enough protective firewalls in place and, when we become increasingly environment conscious and work towards printing less currency notes.