Crisis Management during an Event

Arranging an event is like being on a constant battle. You have no idea what new challenge or problem would be thrown in front of you and from where. That’s why, just like a prepared soldier, an event manager has to be well prepared at all the times and have a back-up of things which he/she considers can go wrong during the course of the event.

An event manager is the captain of the ship called “Event”.  He/she has to make sure that the people on board have a fabulous evening/morning as promised according to the schedule.

Here, we present to you an easy crisis management plan that all the event managers out there can follow in order to make sure that they’re never stuck in such a crisis situation.

1)  Clarity on Chain of Communication- “Too many cooks spoil the dish.” Just like the saying, having too many people speaking on behalf of the event organizer can lead to a lot of speculation and confusion. It’s always better to appoint a media spokesperson in order to insure that streamlined information is communicated to the audience and the press.

2)   Timely Responses- Sometimes silence speaks louder than words. In case of a crisis, this silence can have a huge impact on the reputation of your company. So, make sure, that you timely respond to all the messages, queries or media questions that come your way. Keeping the audience in oblivion is not a smart move. Social Media can become a great communication tool during the times of crisis.

3)  Keep the Media informed- In case you had already called journalists, photojournalists and
photographers to cover the event, keep them updated about the status of the event. Keeping them in dark about the developments can have a huge negative impact on the event. 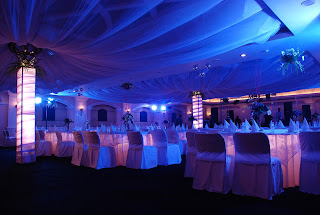 4) Keep your Events Insured- Better be prepared than sorry. Cancellation of an event can cause huge monetary losses to the event organizer and manager. In order to insure that you don’t end up with a negative bank balance after an event blunder, make sure you get your events insured in advance. Though their premiums are high, but, they really come in handy at the time of crisis.

5)  Plan well- Anything can happen at any time, even towards the end of a particular event. So, till the event is over, keep your ears and eyes open. In order to make sure that nothing goes wrong, plan your event in a systematic manner and have a back-up plan ready.

Further, what has happened, has happened and “The secret of crisis management is not good vs. bad, it’s preventing the bad from getting worse.”

Images Courtesy- Google Images
Posted by Unknown at 9:23 AM