The smooth functioning of a five star hotel is typically dependent on seven major departments namely, Housekeeping, Food and Beverage, Engineering, Accounting, Front office, Security and Human Resources etc. Among these, the Food and Beverage department is considered as one of the most important aspects of the Uniqueness of a hotel. 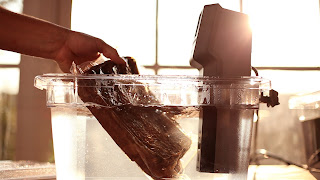 In order to maintain their uniqueness, every hotel tries to offer their customers with the best of options. They keep on innovating and trying out new techniques in order to keep alive the customers interest. One such new technique which has taken the hotel Industry by storm in the recent times is the Sous Vide cooking method.

It was couple of months back that I came across Sous Vide - a new approach to cooking methodology. Intrigued by the concept cooking technique, I decided to learn about this new entrant in the kitchens and here’s what I found out. 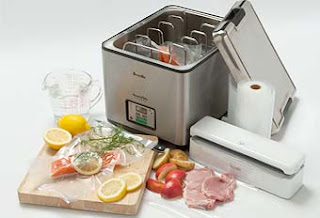 The term Sous Vide (pronounced as Soo – Veed) is actually a French term which means under vacuum. It’s a culinary technique in which vacuum – sealed food is immersed in a water bath and cooked at precise and consistent temperature. Here, the food is cooked for a longer period of time at a lower temperature. The precision in temperature is what gives the food its perfection and also eliminates the concerns of overcooking or the food being underdone. This cooking methodology also ensures that the juices and aroma is sealed which otherwise can get lost in normal cooking process.

The technique was first developed by Chef George Pralus at the internationally renowned Michelin three star restaurant in Troisgros in Roanne, France in the mid 1970’s. It was originally practiced to minimize the shrinkage and optimally cooking delicate foie gras.

Sous Vide cooking method has been successful in creating a culinary wave of innovation and creativity in the last two decades. It has become a top secret of chefs at major restaurants around the world. Sous Vide Supreme is the appliance that is making this cooking technique now easily affordable and accessible to home cooks.

Why use it?
What are the steps involved?

This technique relies on ability of water to transfer heat to food. The water transfers heat through vacuum sealed food 10 times more efficiently than air does.

So, the next time you visit a five star hotel; don’t forget to get a taste of the Sous Vide cooking technique and do share your experience on the same.