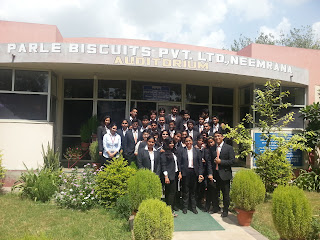 There was an air of excitement in the INLEAD Campus on 27th August, 2015 as the International Business Management students of the new July 2015 Batch were all geared to go for their first Industry Visit. The venue for the visit was the Neemrana Parle G plant in Rajasthan.

The Parle brand has been one of the largest manufacturers of biscuits and confectionary for almost 80 years now. It is the brand behind Parle-G, which is currently the largest selling and most loved biscuit in the world. The company has about 145 factories in India and many more located internationally, especially in southern Africa. The main aim behind the visit was to get INLEADers acquainted with the daily working of a big brand like Parle. 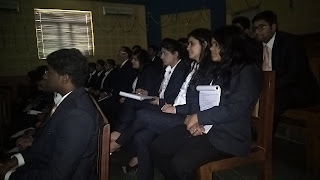 The visit started with Ms. Shweta, HR Officer, Parle, Neemrana, giving a presentation to the students about the history of the Parle G brand and how it has evolved from just one brand to the current 89 brands. She also explained the students about the logistics behind the Neemrana factory and the reason behind the success of the spread of their brands into the national as well as international market. 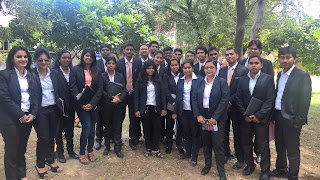 This was followed by a tour of the plant, where the students were shown the way the biscuits were being baked, cooled and finally packed in the plant. They were then acquainted with the machines and technology being used in the process. Parle uses machines from Germany, but the packaging technology being used is Japanese. The students were then taken to another factory about a kilometer away where candies were being manufactured. INLEADers were also gifted bags of candies after the tour.

The Industry visit proved to be a great learning experience for the students where they got  a practical view of all that  they had studied inside the classrooms.
Posted by Unknown at 8:46 PM