World Trade Organisation – The story from the other side

There have been umpteen articles written and  research done on benefits of the World Trade Organisation (WTO) and on how the organization has the potential to  make the world a more cohesive place, a place where the developed and the developing nations will walk hand-in-hand into the sunset. Ironically, like every coin has two sides, there is a flip side to this as well.

So, to begin with, let’s first understand what basically is WTO? World Trade Organisation is a multilateral body comprising 166 member countries that have come together to facilitate smoother & productive international trade in commodities, services and intellectual property. 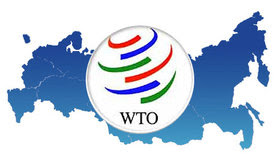 This particular organization has its fair share of detractors and  there are plenty who step on the streets every now and then with anti-WTO placards, raising their voices in protest. This article looks into the flip side of the WTO, the side which may not be a pretty picture and  which may be leaving few stones unturned, where the moss maybe growing and the rot spreading deep.

According to Global Exchange, an International Human Rights Organisation, and a few more such organisations, there are at least a dozen reasons why WTO is a farce. Let’s look into some of the valid ones put forth by these entities:

1. WTO is fundamentally undemocratic - The policies of WTO impact all parts of  the  society but they do not take into account all the sections of the society. The US trade representative apparently gets ample representations and  inputs from the industry but none from the citizen groups like consumers, environmental, human rights  and  labour organisations.

2.  WTO will not make the world safer – WTO would like the world to believe that it’s making the world a safer place by promoting global understanding and peace. In reality, however, the domination of the world trade by the richer countries has been one of the primary  reason for fueling protests in the disgruntled nations.

3. WTO tramples Labour & Human rights – WTO puts the rights of corporations to profit over and above the human and labour rights. WTO pits workers against each other by promoting internationally recognized labour standards. It further has a greater power to punish a country violating rules, probably even more than the UN.

5.  WTO is destroying the environment – WTO is being used by corporations to dismantle hard won local and  international environmental barriers, by labeling them as “barriers to trade”. Once it deregulates industries like fisheries, logging, water utilities, and  energy distribution, there will be a surge in environment degradation.

6. WTO is increasing inequality – Free trade is not working for majority of the nations, and apparently inequality has worsened since 1990s. Companies are making use of free trade laws  and  shifting businesses to countries where labour is cheap  and  environmental norms lax. In fact, the 20% of the richest nations now consume more than 80% of the produce. The poor seem to have become poorer.


These are but a few arguments against WTO and  the so called proclaimed benefits from its policies. Going further, we will surely see a number of debates related to climate change that could influence plenty of free trade decisions. Developing nations now play an increasingly important role in world trade and WTO with all its norms that may be skewed for the developed nations will now be forced to make accommodations in its these policies. However, this is just my opinion on the issue and like in every democratic country; everyone is entitled to have their opinion.