INLEAD conducted a LEAD Activity – “Meet the Culture” on July 27th 2012 for the students of June and July 2012 batches. India has a rich cultural heritage and it’s very unique and versatile. The diversity in the cultural heritage can be seen throughout the country. Each and every state has different customs, traditions, beliefs and style of ceremonies as well. As INLEAD also has presence of students from different parts of the country so keeping this in mind the student affairs committee had thoroughly planned this activity for them. 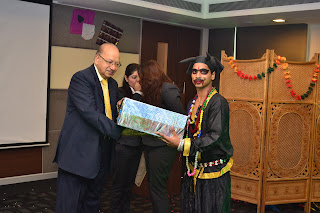 Students of both the batches have put in their best efforts to exhibit various cultures through skits and dance performances. All the acts were detail oriented, be it the costumes involved, lightning effects, and most importantly showcasing the cuisines of different cultures. The cuisines were tried by the judges and it left their palates salivating for more. All in all it was an afternoon which was full of fun & excitement and students of different programs were able to get to know more of each other. 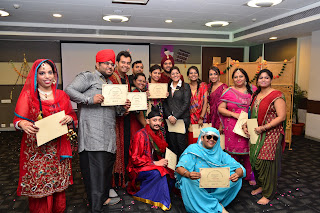 All the acts were well performed and it did put all the judges in the spot of bother as they were not able to decide the winners because of the extraordinary performances by the students. But in the end there had to be one winner selected among the best performances and it was the Punjabi Team because of the vibrancy in the costumes, F&B Presentation and the exceptional role plays of all the characters. While the team performances received a thundering applause, special mentions were made for two individuals Mr. Tushar Saini depicting the character of Beeji (Punjabi team) and Nipun Gupta portraying as the Asur (Bengali Team). Both of them received the Individuals best performance award.
Posted by Unknown at 11:58 AM