News Headlines:  Communication breakdown leads to Patient Death
A 67-year-old patient, referred to emergency with a suspected transient ischemic attack. He was seen by a junior doctor on duty, who arranged a CT scan for the following morning. The radiologist was not able to report the scan straight away, but the patient was told that he could go home and that his doctor would be contacted in due course with the result of his tests.Two weeks later, the patient was found dead.

Yes, Dead. You read it right.

What went wrong?
The hospital in which the patient was admitted was changing their systems from paper records to electronic records. The radiologist had lodged his report in the electronic system, but this had not been transferred to the patient’s case notes, hence it could not be communicated to the doctor which ultimately costed the patient his life.

The current scenario
According to the Joint Commission, which is a United States-based organization that accredits health care organizations and programs in the United States, “Medical Errors” appeared on the National Center for Health Statistic’s list of the top 10 causes of death in the United States,—ahead of accidents, diabetes, and Alzheimer’s disease, as well as AIDS, breast cancer, and gunshot wounds. If such is the case with developed countries,we can only predict the situation in developing and under-developed nations. More specifically, the Joint Commission cites “Communication Failures” as the leading root cause for medication errors, delays in treatment, and wrong-site surgeries, as well as the second most frequently cited root cause for operative and postoperative events and fatal falls.

The way ahead
Responding to the current scenario,International bodies like JCI (Joint Commission International) have introduced International patient safety goals which focus on the importance of effective communication in healthcare settings and how it leads to patient safety. National standards like National Accreditation Board for Hospitals & Healthcare (NABH) have also emphasized on the need of effective communication regarding treatment, prognosis, discharge and patient rights. 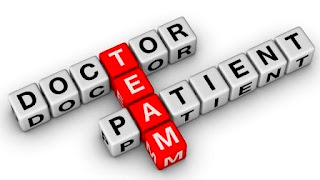 Safe practices and effective patient-centered communication is the basis of quality care. The first visit for a patient is a crucial encounter that can either lead to the development of a therapeutic patient-doctor relationship or end in patient harm or extreme dissatisfaction. The entire process from entry to discharge has to be completed within a stipulated time frame and hence it becomes imperative for all the crucial communications to be made within that time with regard to treatment plan, possible complications, medication, prevention techniques etc.  A review of reports from the Joint Commission reveals that communication failures were implicated at the root of over 70 percent of sentinel events.

Patient Physician communication plays the most vital role in building a good doctor patient relationship and eventually good care. While modern and sophisticated technologies may be used for medical diagnosis and treatment, inter-personal communication is the primary tool by which the physician and the patient exchange necessary information. Hence, the healthcare facilities need to make extra efforts in ensuring that they treat the patient with the best Patient Physician communication along with the treatment.