Is the Chinese Dragon losing fire?

The great Chinese Dragon tumble on Monday led to a furore in almost all the leading markets of the world with all of them ending in deep red. The Shanghai Composite Index ended trade on Monday down 8.49 percent, after all of the yearly gains were wiped out of the market. Let’s start decoding what led to this Monday Mayhem. 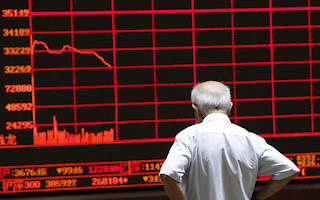 In 35 years from 1979 to 2014, the Chinese economy has grown by 10% per annum and doubled in size every 8 years, relative to the US economy. The subsequent governments in China worked on “decollectivization” of individual farm lands which helped improve agrarian productivity to help feed a burgeoning city population. Then they set up innumerable micro and small enterprises in the manufacturing sector and opened new industrial zones in Pearl River Delta in South China (adjacent to Hong Kong and Macao) and in the Fujian Province (close to Taiwan).

Gradually, foreign investments surged into China primarily due to availability of cheap labour, and also due to the succession of Hong Kong into Chinese mainland in 1997 and China’s subsequent entry into the WTO also added to the cause. Chinese Government ensured competitiveness of Chinese goods by repeated devaluation of its currency from 1.5 Yuan to 1 US$ in 1978, to 4.8 Yuan to 1 US$ in 1990, to 8.3 Yuan in 1994, to 10 Yuan very recently. One example of a successful manufacturing enterprise from China is Foxconn, manufacturer of iPhone, which is now setting up its manufacturing units in India.

With a devalued currency and manufacturing glut, exports surged to unprecedented levels. Over time, while manufacturing continued to power ahead, unfortunately, the global demand and consumption of Chinese manufactures hit a new low. China started experiencing a crisis of over accumulation; i.e production far outstretches consumption both in the international and in the domestic markets, especially in cement, steel, aluminum and shipbuilding. 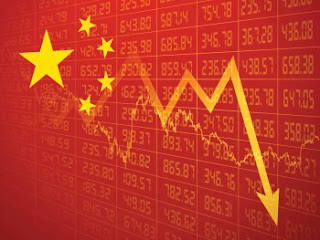 The Chinese economy in 2007 found itself to be uncoordinated, unbalanced and unsustainable. In 2009, thousands of companies shut shop leaving 20 million workers unemployed. By the time it was 2013, there were ample Government stimulus programs in place and shadow-banking networks active. (It has been common practice for investment banks to conduct many of their transactions in ways that do not show up on their conventional balance sheet accounting and so are not visible to regulators or unsophisticated investors.) Growth rates were upped, but it left a toxic legacy. There was indebtedness all around, insufficient consumption of manufactures, and to top it all the property bubble deflated in 2014. Central Government then encouraged investors to flood the stock market with money, and by June 2015, the Stock Exchange had soared by 150%. But, since this was in complete dissonance with the real economic situation, and with huge numbers doing margin trading, it didn’t take long for the stock market to crash, which it did on the 12th of June, 2015 and there was rout of 4 trillion $ of value from Chinese stocks. These developments in China will surely have had repercussions all over the world and for a long time to come!

And, eventually on 24 August, the worst fears of most of the world economists were realized when the Shanghai market tanked and took all the major markets with it.

Courtesy- Google Images
Posted by Unknown at 11:26 AM