GST – why India needs it?

The 15th month young NDA government is all set to keep its prestige at stake for the early passage of the much controversial GST bill. So much so that it is even considering having a special session for the same next month.

The main question that arises here is why is the NDA that opposed the bill for ten good years during the Congress regime is so curious to get it passed now. Here, in this article, I will try to find answers for all that. Before we begin, let’s first understand what GST actually is and what it means to India.

The Goods & Services Tax or GST is a comprehensive tax levy on manufacture, sales and consumption of goods at a national level. One of the biggest taxation reforms, the GST will hopefully integrate State economies and boost overall growth. It is set to be implemented from 1st of April, 2016. There is an expectation of a boost of about 2% to nation’s GDP with the GST bill in place. 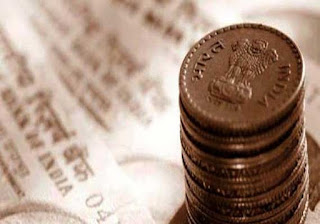 Currently, through a tax credit mechanism, taxes are being paid at all value addition level, at each stage of sales and purchase in the supply chain. For example, a manufacturer has to pay tax when the goods are rolled out from the factory. The goods are then again taxed at the point of retail.

In the GST system, both Central and State taxes will be collected at the point of sale. GST proposes to replace most central and state levies with one single tax.   In fact,  all indirect taxes like excise  and sales tax, value-added tax, central sales tax, entertainment tax, luxury tax, octroi, lottery tax, electricity duty, state surcharges, etc. on all products (except alcohol, tobacco & petroleum) will be replaced. This will benefit individuals as it will bring down the prices, and lower prices will lead to greater consumption which will eventually benefit the company.

What type of GST is proposed for India?

India is planning to implement a dual GST system, where there would be a Central GST (CGST)   and a State GST (SGST). Currently, the rate is expected to be around 14-16%. After this rate is decided, the states and the center will decide on CGST and SGST.

The GST has been implemented in about 140 countries, with France being the first to do so in 1954. Brazil and Canada follow a dual system of GST which is the same as being proposed in India.

Opposition to the GST within India:

There are some states that are in opposition of the enactment of the GST, like manufacturing states of Madhya Pradesh, Chhattisgarh and Tamil Nadu. This is because the GST is levied on buyers or where goods and services are being consumed. On the other hand big consumer states like Uttar Pradesh, West Bengal and Kerala would benefit, with huge collections from multiple points of sale primarily due to their size of population and its consumption habits. The states (especially the manufacturing ones) which may lose out on their earnings want an assurance that their revenues will be protected. Finance minister, Mr. Arun Jaitely, has been reiterating the fact that there would be compensation to states who would suffer revenue losses for at least five years after moving to the new regime. This compensation would be to the tune of a 1% additional levy on the GST for loss of revenues. The GST has been passed  its Lok Sabha test where the BJP has a majority but is stuck in the Rajya Sabha, where Congress has waved the red flag since the party feels that there could be a cascading effect of the 1% ‘entry tax’.

Nevertheless, modalities are being thrashed out and a GST empowered committee would be responsible for the transition to the new taxation regime. There would be constitutional amendments to be done as also discussions with industry associations.

With the rollout deadline of April 1, 2016 looming near and the Congress stalling the entire monsoon session, the NDA government will have to take some serious steps in order to end this tug of war with the Congress.