Everyone who keeps abreast with current affairs would know or at least would have heard about the great Greek crisis and wondered, how did Greece manage to land itself in such a serious economic soup? Well, this situation didn’t occur overnight. Here, we give you a quick rundown of events that have led to one of the most beautiful nations on this earth, land in one of the worst economic slump of the century. 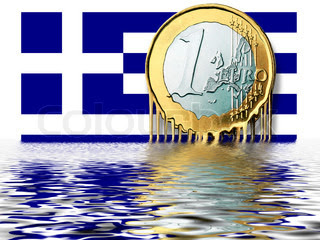 
In January, 1999, a currency named Euro was created, which economically tied together 19 European nations watched over by the European Central Bank, with each country having its own budgetary and taxation policies. Countries were benefiting from the common bond for a long time, but slowly the Euro zone bubble started to burst. Greek crisis started 6 years ago with its own fiscal profligacy. The country comes under the category of PIIGS (Portugal, Italy, Ireland, Greece and Spain) within the European Union; and all these countries have solvency issues.


How it all started?

It all began when Greece joined the European Union in 1981. The country then had an acceptable debt to GDP ratio of about 28% and a budget deficit of about 3% of GDP. However, over the next 30 years the situation deteriorated. Issues started with Prime Ministership of Andreas Papandreao in 1984, when he started doling out lavishly unrequited welfare measures. His party, the PASOK (Panhellenic Socialist Movement) had won over the electorate with promises of liberal welfare measures that were populist in nature.

The PASOK party alternated in power with another party called the New Democracy. Both parties continued to bestow benefits on the citizens that were tough on the government exchequer and ended up creating a bloated and protectionist economy. A Greek man with 35 years of public-sector service could retire at a ripe old age of 58, and a Greek woman could retire with a pension at an age as early as 50 under certain circumstances. Perhaps, the most infamous example of undue generosity was the prevalence of 13th and 14th-month payments to Greek workers. Soon, as a result of rampant tax evasion, low productivity and eroding competitiveness, Greece’s economy started to falter and it had to resort to massive borrowings to bolster its economy.

In 2001, Greece joined the Eurozone and received support from other European nations once it adopted Euro as its currency. Soon after, the Greek economy boomed but, at the cost of rising deficits and a ballooning debt load. Moreover, the measures that had been taken by the Greek government had been exhausted well above the limit set by the EU’s Stability and growth pact. At the time, Greece’s debt to GDP ratio was 103%, way above the EU limit of 60%. Greece’s fiscal deficit was also 3.7%, higher than EU limit of 3%. By Jan, 2012, the Greek and German sovereign bonds widened by 3,300 points, which was a huge figure and eventually the debt to GDP ratio moved up to an astronomical 180%. The last straw was an announcement by the then PM of Greece that the fiscal deficit was actually 12.7% more than the originally announced figure. 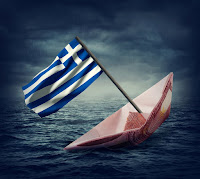 This prompted the European Union to force the Greek government to announce austerity measures, which the current PM, Alexis Tsipras, put to a referendum. Austerity measure implies that citizens would have to reduce their expenditures for a long time to reduce the ballooning debt of the economy. These measures also include the official actions taken by a government during a period of adverse economic conditions, to reduce its budget deficit using a combination of spending cuts or taxes, or a mixture of both. At the referendum, 61% voted “No” & 38% “Yes”, for the austerity measures proposed by the government for the economic rejuvenation. There was the fear of Grexit, i.e Greece’s exit from European Union, and eventually the Government decided against the austerity measures as voted by its citizens.

Of late, there has been news that the European Central Bank has loaned 2 billion Euros for loan repayment and another 4.6 billion is on the way. The country now has a staggering loan amount of about 7 billion Euros that they have to repay to the International monetary Refund. Overtime, how the young Greek Prime Minister handles the solvency issue and infuses life into the economy, is a thing to watch out for.