All that Glitters is Gold…(Bond)

The Current Account Deficit (CAD) in India had touched alarming levels of 4% of GDP (India’s GDP is about 1.2 trillion dollars) in 2011, it then touched a scary 6% in 2012 and since then has come down to a low of 0.2% of GDP in the last quarter of fiscal 2014-15. I will take a small detour to explain what actually is CAD. To begin with, Current Account is the earnings of a country by way of international and domestic trade, net income from abroad and net transfer payments made against services imported or exported from a country. A country enters into a CAD if their payments abroad are more than their earnings. 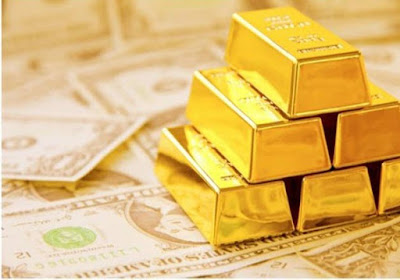 The drop in CAD figures is a sign of a healthy economy, primarily attributed to the fall in Oil bill with the prices per barrel of crude oil falling to a low of $60. Another major contributor to our CAD is an ever increasing import of gold due to a very high demand in the domestic market. India currently imports about 1000 tonnes of gold every year, leading to outflow of foreign exchange, and pressure on current account. Our erstwhile Finance Minister Mr. P Chidambaram had in early 2014 put in place quantitative curbs and enhanced tariffs on gold imports. But the fact of the matter is that a huge cache of gold still finds its place in our economy via the smuggling route.

While crackdown on smuggling may be an answer, it’s not a long term solution. So GOI (Government of India) is looking at three options very seriously, the first one being Sovereign Gold Bonds, the second being Gold Monetisation scheme and the third being Issuance of Gold coins

In this article I will be primarily focusing on Gold Bonds. For details on other schemes keep watching this space.

Sovereign Gold Bonds (SGBs) are government securities denominated in grams of gold aimed at bringing down gold imports and providing an alternative to physical gold. Investors have to pay the issue price in cash and the bonds will be redeemed in cash on maturity, which is a maximum of 8 years. The bond is issued by the Reserve Bank of India on behalf of the Central Government.

Gold bonds will carry an interest rate of 2.75%, and will be sold through banks and designated post offices. Applications for the bonds are being accepted till 20th of November, and the bonds will be issued on 26th of November. Gold bond aims to provide people an alternative to buying physical gold. The bonds would be worth 2 gm of gold all the way till 500gm. This is the first tranche of the gold bond scheme. The price of the first tranche is Rs. 2684 per gram. There will be more such tranches.

Household savings garnered from the bond will be put to productive use by the government as also earn interest for the bondholder. Gold bonds are free from issues like making changes and purity in the case of gold in jewellery form. The bonds, to be sold by banks like SBI, either directly or through their agents, can be also be held in the  demat (dematerialized / paperless) form thus eliminating risk of loss of scrip. They can be traded in stock market and can be given by parents to their children as gifts. Moreover, it’s a Sovereign bond and hence GOI will never default in its payments. 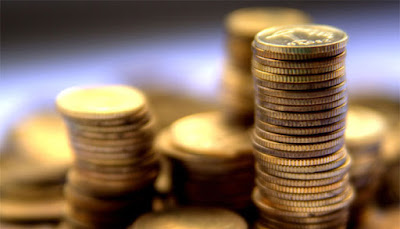 On the other hand, the Gold Bond Scheme might fail to find many takers as the price of a gram of gold at current prices is Rs. 2,599, with the expectation that it will fall through 2016 primarily due to a stronger dollar, which is lower than the price of Gold bond. Moreover the interest rate payment would be in cash, whereas investors may look at payments in gold!

The first Gold bond will roll out on the 26th of November 2015, and we have to wait and watch the public response to such initiatives. It is a good initiative by GOI to curb gold imports, but how successful, only time will tell.

Images Courtesy- Google Images
Posted by Unknown at 11:15 AM