With the fourth leg of the Bihar elections wrapping up yesterday, there’s just one more phase to go before the D-Day on November 8, 2015.  Among the various voices that were heard during the Bihar elections, the country is now curious to know what the supreme voice – ‘the voice of the janta’ has in store not only for the state but also for the entire country. 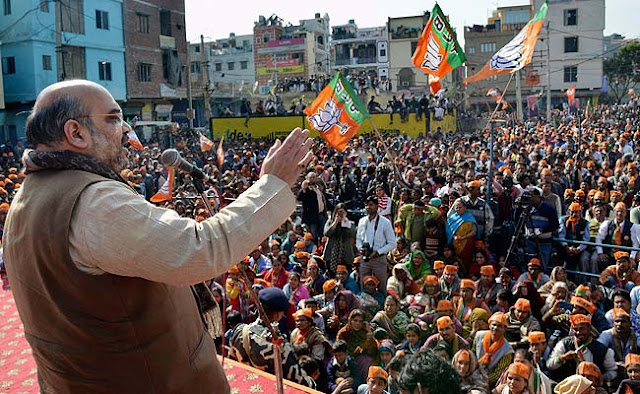 India has a federal government structure with elected officials at the federal, state and local level. At the national level we have a Prime Minister and at the state levels we have Chief Ministers. Election dates across different states and at the national level do not coincide and are held at a space of 5 years, unless there’s a political emergency in the country. It often happens that the political party at the center may not be in power across different states and union territories. This creates some glitches when it comes to getting bills passed (which requires majority voting) unanimously across both the Lok Sabha and the Rajya Sabha.

Why is a state election important?

This year Bihar state elections has taken the center stage in all global news diaspora, and is probably the second most watched election spectacle after the November 2016 US presidential election primaries. The criticality of this election lies in the importance that Bihar holds in Rajya Sabha. If BJP manages to win seats in Bihar, it gets a majority in the Upper Council and that will be beneficial by way of central government’s ability to pass stalled policy bills. 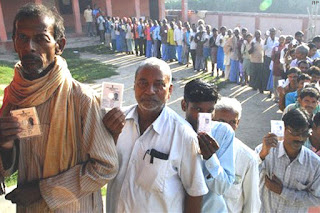 What are the kinds of funds that are spent on state elections?

The government in 2014 cleared a proposal of the Election Commission to raise the expenditure limits for Lok Sabha elections from Rs. 40 lakh to Rs. 70 lakh for each Lok Sabha constituency in bigger states and from Rs. 22 lakh to Rs. 54 lakh in smaller states. The bigger states include Maharashtra, Madhya Pradesh, Uttar Pradesh, West Bengal and Karnataka etc, and the smaller states include Goa and other hilly and north eastern states. Election expense includes details of expenses on public meeting and processions, campaigning through electronic and print media, expense on campaign workers, expense on vehicles used and expense on campaign materials. In reality however, parties spend anywhere from 100 to 1000 crores to woo voters with freebies like alcohol, saris, food grains, bicycles, etc.

The dark side of elections

In the ongoing Bihar elections about 46 contesting candidates have criminal cases registered against them. Yet these are the politicians who have the money and the muscle power to contest. Apparently most state elections are caste based and there is a huge dependency on backward classes and rural communities who form a major chunk of the vote bank. Then there have been one off cases of rigging of election booths and of EVM (Electronic Voting Machine) tampering. There have also been rumours of phone tapping of election candidates by opposition party members in a bid to search for skeletons in their closets, as also of horse trading, i.e buying of MLAs.

As in any election, state elections have their fair share of controversies and corruption issues, despite an extremely vigil Election Commission. Nevertheless, it’s still an opportunity to elect the right representatives who if honest will do things right and for citizens’ welfare.

India is sanctum sanctorium of democracy and election is the only way people can get their voices heard in the Parliament at the center and legislative Assemblies in the states.