India and Africa, the way forward…

Indo Africa Summit held recently between 26th and 30th of October 2015, had premiers from 50 African nations visiting New Delhi and participating in this historic initiative by the Government of our country. India, since the BJP has come to power, has seen many countries showing interest in conducting business in our country. Quite often we have seen heads of governments of emerging countries trying to woo developed countries like the US, UK, Australia, Canada and Germany in a bid to give a boost to their international trade. However, Mr. Narendra Modi has been making ample efforts to build relations with other developing countries. 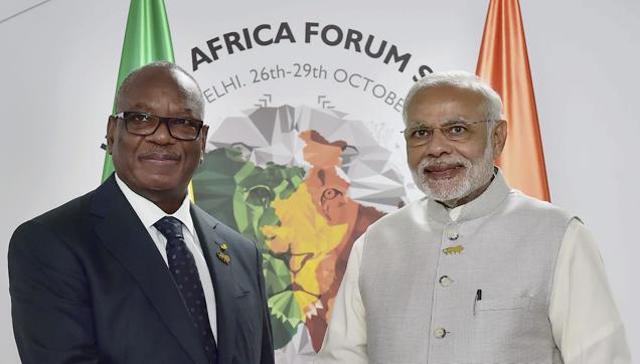 This Indo Africa summit is the third such summit, the first being in 2008. India and Africa share a historic relation of struggle against colonialism and apartheid. “Cairo to Cape Town, Marrakesh to Mombasa”, where the words used by Modi to describe the extent of relation that India wants with Africa.

What’s in it for Africa?

There are 54 nations within the African continent, of which South Africa is the most developed one. Africa is the second largest and the second most populous continent with an area of 30.22 million square kms and population of 1.11 billion. Africa’s population is amongst the youngest in the world and hosts a large diversity of ethnicities, cultures and languages. There are 54 countries in Africa some which have been struggling since long with civil strifes and corrupt dictatorships. This has led to the countries now wanting to break out and establish business relations with other continents.

India will offer 600 million US dollars, which includes an India-Africa Development Fund of 100 million dollars and an India – Africa Health Fund of 10  million dollars. Then again there will be about 50,000 scholarships given to African students. There have also been discussions on cooperation for climate change while creating a forum of solar-rich countries. Incidentally India and Africa contribute least to global warming, which is more a prerogative of the developed world. India’s trade with Africa is currently valued at about 75 billion dollars. 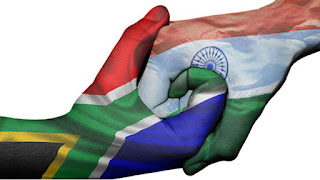 What’s in it for India?

India will get deeper inroads into all or most of the African economies by way of Skills development and IT training programs.  In fact Egypt under its new investment law can be the hub of Indian investments in the continent by offering tax incentives and extremely liberal custom duties. Egypt is India’s largest trading partner with volumes of $5 billion slated to touch $8 billion in the near future. India had apparently also aided in providing safe passage to Egyptian citizens stuck in Yemen as also delivering their Earthquake relief aid to Nepal.

Many of our companies both, private like Airtel and Luminous, and public like GAIL and OIL have already made inroads. We are hoping that this will encourage more companies to also make inroads, thereby adding to India’s exchequer.

Moving forward we are expecting more such summits with other nations as well such that in the long run benefits trickle down to benefit all sections of our society.