Think of a sport and it has taken roots in India. Well I ain’t talking about sports that would be unconventional for India like Lacrosse or Rugby. I’m talking about sports which Indian’s have been playing for decades, not necessarily excelling in, but at least their names figure in daily conversations. I am talking about Soccer AKA Football, Chess, Lawn Tennis, Boxing, Wrestling, Table Tennis, Badminton, Kabaddi, our universal favourite Cricket and of course our national sport, Hockey. What has brought about this positive upswing in talks about sports, about career in sports, about winning in international tournaments, about big budget marketing sponsors, etc.? 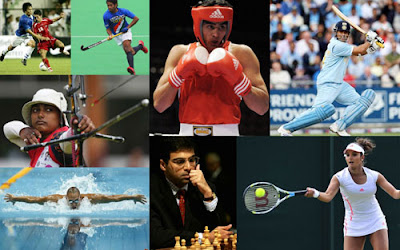 The narrative for sports has evolved over the past decade or so when the IPL or Indian Premier League revived interest in cricket. It introduced us to a new form of energy in a game that was losing its sheen. The kind of high voltage drama that we started witnessing in every IPL match brought people back to the stadiums and, cricket and cricketers bounced back into our list of favourites. While this tournament has had its fair share of controversies, it served as a harbinger for many other leagues. They may be spawns of the devilish IPL, but they are making just the right noises to encourage interest in other sporting activities.

We see the resurgence of interest in Kabaddi via Pro Kabbadi league (PKL), in Football via Indian Soccer league (ISL), in Tennis via International Premier Tennis League (IPTL), and in Boxing thanks to laudable international level performances of Mary Kom and Vijender Singh. India today is a nation brimming with confidence and ambition with Venture capitalists, businessmen and HNIs who are willing to invest in leagues. We are at the cusp of a Sporting nation were careers in sports is next in line. 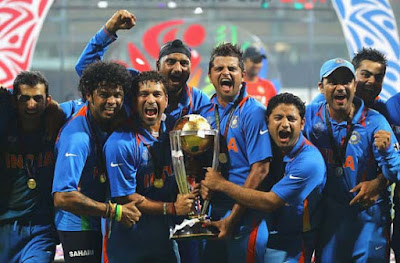 India has a $2 billion sports industry aiming towards a $20 billion valuation in 2020. It’s not governmental intervention that has spurred growth in this industry but the participation of private players. The success of these leagues come from the effort and capital put in by venture capitalists, bankers, businesspersons, actors, international technical crew and an evolving media. The various playgrounds, stadia and sporting facilities that already exist would see a higher number of children using them, thereby fostering a sporting culture.

With a population of 1.2 billion, and a mere 5% showing inclination towards sports, we have a vast pool of talent that needs to be tapped. Sports industry will grow in India and we will see a change in attitude towards all types of sporting activities, especially with sponsorship money coming in relatively more easily than before. We would like to witness a fledgling industry which has been primarily cricket based to evolve into a sunrise industry with presence in the capital market as well.

Email ThisBlogThis!Share to TwitterShare to FacebookShare to Pinterest
Labels: sports