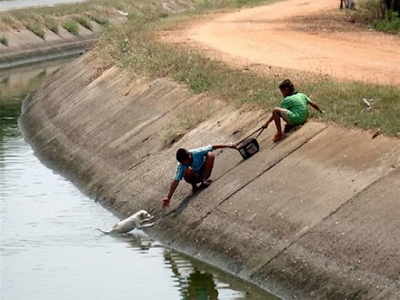 It is highly disheartening and disturbing to watch a news flash about a human who can sensibly think and act, however, defies not to do so, thus wilfully causing pain and suffering to those who can’t speak our language or think like us. Right now sitting in front of the idiot box, news of three people who mercilessly took charge to beat up a 4 year old stray dog came into light. They became so desensitized that they picked up a sharp edged weapon to pierce her eyes making her permanently blind, Was this type of inhuman treatment even required? Remembering the lines of Mahatma Gandhi “The greatness of a nation is judged by the way it treats its animals”, made my head stoop low in shame.

Over 24,000 cases of animal cruelty were filed in last three years by those who can’t stand like a mannequin while some are those who see, feel sorry for the animal but do not react over the issue which makes them equally accountable for the act of cruelty which is happening around them. People are sometimes unaware of the system of laws and regulations which are made for animals, but the truth to be told - the law made for conserving flora and fauna in India dates back to the 3rd century B.C. when King Ashoka banned killing and hunting of animals in his kingdom. For now the main laws/acts that prevail over this heinous crime are: The Prevention of Cruelty to Animals Act, 1960 and the Wildlife Protection Act, 1972 which includes punishment of imprisonment and fine also.

The Constitution of India declares the fundamental duties for every citizen to be compassionate towards all living creature. As an individual we should not only rely on NGO’s and other welfare organizations. One can monitor their areas and can also help in sterilizing process of stray dogs so they do not further increase their population. Stray dogs are scavengers so they rely on garbage which we human dump in our locality, sometimes it is harmful for them so one can feed them on their own, Adopting any stray dog might be a great idea else the least we can do to protect them is calling or transporting them to vets or animal welfare organizations when we hear or see animal abuse as many of the organization does not charge any fee for their service.

Email ThisBlogThis!Share to TwitterShare to FacebookShare to Pinterest
Labels: animal, peta, save animals