A Centuries-old City with a Well Preserved Heritage 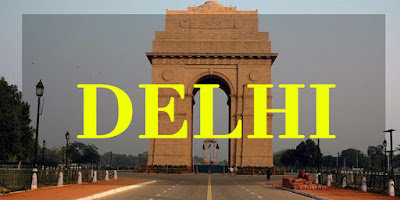 India’s capital is an enigmatic destination, blending modernity with history. It is the main business and political hub of the Country. With a perfect blend of modernity and ancient Indian culture, New Delhi has emerged as one of the most sought-after contemporary MICE destinations.

A Rs 260 billion master plan for a new convention Centre in Delhi has been approved by Indian Government. Land for the site of the new venue was earmarked by the government in Dwarka, south- west Delhi in March 2016.The Delhi Mumbai Industrial Corridor Development Corporation (DMICDC) has said that the major National infrastructure project would generate trade and industrial development through the MICE Industry and help economic growth.

There are many prominent reasons New Delhi is ahead of the rest of the cities of North India in terms of its business potential. It is the commercial hub of Northern India and has evolved into one of the fastest growing cities. It is one of the most financially developed cities of India, welcoming a constant flow of business tourists.

The city promises a world-class experience for planners at all levels by offering an array of venue options, such as big hotel chains like Hyatt, Taj, Oberoi's, Starwood, ITC Hotels; huge exhibition grounds like Pragati Maidan; and premier Convention Centers like Vigyan Bhavan and Habitat World at India Habitat Centre. These venues are famous for hosting conferences of international stature, joining the glamorous 5-star independent hotels like The Ashok, with seating capacity for 3,000 people.  Another one is -The Taj Palace hotel has nine conference halls rooms and provides conference facilities like broadband, wireless internet connectivity etc.

Delhi’s the first major city to have its entire public transportation system run on green fuel. A well connected to the rest of the country via the National Highways. The various modes of public transportation include metro, buses, taxis, shuttle, and railways. The Indira Gandhi International Airport acts as the main gateway for domestic and international air passengers.

The charisma of the city lies in its heritage buildings and monuments like Red Fort, Jama Masjid, Qutab Minar, Old Fort, Humayun Tomb, as well as the colorful market places like Chandni Chowk, Connaught Place, and Dilli Haat. The exotic restaurants, bars and pubs, as well as the countless mega malls also add to the glamour of the city. The centuries old city has a well-preserved heritage that is juxtaposed with the modern city, with international hotel chains.