A Newbie’s Look Into The Politics Of India 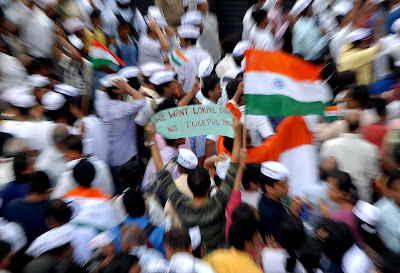 Quite often when we the student community get together, politics is the last point of discussion amongst us. Yet we do get involved when we hear of stone pelting in Kashmir, Donald Trump’s political gaffes, and of course when discussions veer towards the Chief Minister of Delhi, Arvind Kejriwal. So I did something, I did a little online research on what is the kind of political system India has. Go on read my initial few bytes.

Politics in India takes place within the framework of its constitution, because India is a federal parliamentary democratic republic, in which the President of India is the head of state and the Prime Minister of India is the head of the central government. India follows the dual polity system, i.e. a double government which consists of the central authority at the center and states at the periphery. The constitution defines the organization powers and limitations of both central and state governments, and it is well-recognized, rigid and considered supreme; i.e. laws of the nation must conform to it.

There is a provision for a bicameral legislature consisting of an Upper House, i.e. Rajya Sabha which represents the states of the Indian federation and a lower house i.e. Lok Sabha, which represents the people of India as a whole. The Indian constitution provides for an independent judiciary, which is headed by the Supreme Court. The court's mandate is to protect the constitution, to settle disputes between the central government and the states, to settle inter-state disputes, to nullify any central or state laws that go against the constitution, and to protect the fundamental rights of citizens, issuing writs for their enforcement in cases of violation.

Types of political parties
There are many types of political parties in India - National Party and Regional/State party. Every political party must bear a symbol and must be registered with the Election Commission of India. Symbols are used in Indian political system as an identity of political parties and so that illiterate people can also vote by recognizing symbols of party. Like Lotus is the symbol fo BJP, Hand that of Indian National Congress.
In the current amendment to the Symbols Order, the Commission, has infused the following four principles, which, in its view, should govern the polity in the country, situate as it is in its present state.

Email ThisBlogThis!Share to TwitterShare to FacebookShare to Pinterest
Labels: Politics Of India