Indian Prime Minister Narendra Modi had launched a scheme for girls named Beti Bachao Beti Padhao in order to save the girl child and educate the girl child all over India. The programme was launched on 22nd of January, Thursday in 2015 at Panipat,. This scheme was launched especially in Haryana as this state has lowest female sex ratio (775 girls/1000 boys) all over the country. It has been effectively implemented in hundred districts across the country to improve the status of girls. 12 districts (Ambala, Kurukshetra, Rewari, Bhiwani, Mahendergarh, Sonepat, Jhajjar, Rohtak, Kaithal, Panipat, Karnal, and Yamuna Nagar) have been chosen from the Haryana state itself because of their abysmally low child sex ratio.

In order to improve the status of girls and to give them importance, Haryana Government celebrates an event named Beti ki Lohri on January 14. The purpose of launching Beti Bachao Beti Padhao scheme is to make girls independent socially and financially while using their proper rights and higher education. It helps in improving the awareness among common public and improving the efficiency of welfare services given to women. If we have a sight on latest census report of 2011, we see a continuous decrease in the female child sex ratio (of age group 0-6 years) from last some decades. In 2001, it was 927/1000 whereas in 2011 it remained at 919/1000. There is a huge reduction in the number of girls because of the practice of aborting female fetus after sex determination, or female infanticide, through modern diagnostic tools in the hospitals. This bad practice came into existence because of the gender discrimination in the society. 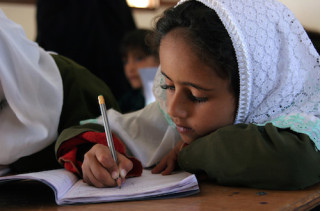 And, after birth of a girl child, often she has to face other types of discrimination in terms of education, health, nutrition, safety, rights, and other needs of the girl child. We can say that women were dis-empowered instead of being empowered. In order to empowe women and to give them their full rights right from their birth, Government of India has launched this scheme. Empowering women brings all around progress especially in the family and society. Beti Bachao Beti Padhao scheme is the way to achieve positive changes in the human negative mindset for girls. This scheme may make a call to people to end the discrimination between sons and daughters and work as a key to end female foeticide. While launching the scheme, PM reminded the whole medical fraternity that the purpose of medical profession is to save lives and not finish lives. There are some positive aspects that this scheme would deliver, and this is a great start to remove social issues against the girl child. We hope that there would be a day when no girl child would be killed, uneducated, molested, raped, or subjected to any form of inequality because of socio-economic reasons.

As a woman, I completely endorse Beti Bachao Beti Padhao program and sincerely hope it is aimed to make girls independent both socially and financially by reducing the sex discrimination all over the country.