As a part of its continuous Industry Exposure Initiative, INLEAD facilitated an Industry Visit to Hotel Galaxy, Gurgaon
An industry orientation helps a International Hotel Management student apply their theoretical learning with their practical exposure which they get when they visit a hotel. 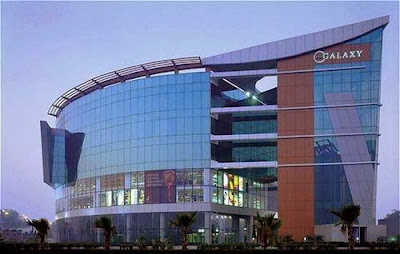 It teaches the students about the various departments of the hotel and also the various segments it caters to. Galaxy  Hotel has been acknowledged across the world for its style, grandeur, sophistication and excellent services the hotel commits to provide the best in accommodation and tailored to the needs of today’s global traveler. The room amenities and hotel facilities meet demanding standards with a Food and Beverage facility of the highest standard. 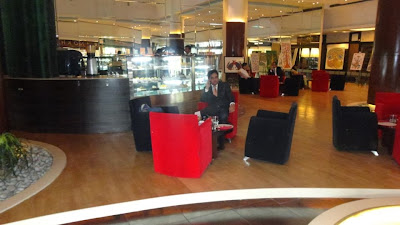 After a brief introductory session on the concept /tag line of Hotel Galaxy which is Hotel, Shopping and Spa, the students began their property tour with the guest floors were they saw the various categories of rooms such as Base category, Spa rooms and Executive Suites. They were told about the dynamic pricing concept adopted by hotels today.
Food and Beverage orientation included of Zinnia, the largest banquet hall of the hotel measuring 12,000 sq.ft and other meeting spaces for social gatherings and conferences. The students were appraised about the various banquet set-up’s, pre- function area, buffet counters.

Following this was a visit to the Food and Beverage outlets. First on the list was The Monk- a modern Zen setting restaurant serving Oriental cuisine. The students came to know about the concept of a live kitchen, the fact that the restaurant does not accept prior reservations and there is average waiting time of 1 hour. Next on the list was Howzatt- India’s first cricket themed pub brewery serving fresh styles of beer. They learnt about beer making process and the concept of fresh beer. They also were briefed about Bean Stalk- café and pastry shop and Axis- a multi cuisine restaurant with an exhibition kitchen.

Our first industrial visit at the Galaxy Hotel was great. The visit began with a property tour which included different categories of rooms. The students were also given an insight into the hotels USP, average sale and daily pricing for rooms says Himanshu Razora, a student at INLEAD.
Rahul Shinde, a student at INLEAD says, “The orientation was good followed by a property tour. What I liked the most was ‘HOWZZAT’, the brewery and the Spa rooms”. 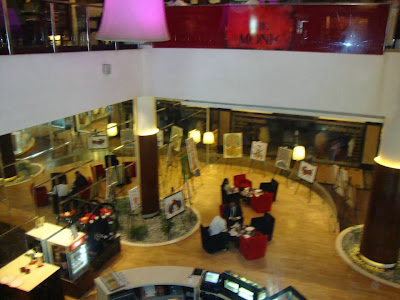 Email ThisBlogThis!Share to TwitterShare to FacebookShare to Pinterest
Labels: Gyan-Dhyan, Inside Scoop, Life@INLEAD